Where Did the Definition of 'Tact' Come From?

The meaning is easy – the practice is harder

It's best to use tact when dealing with touchy people, for reasons that are both etymological and practical. Tact comes from the Latin word that means "to touch." 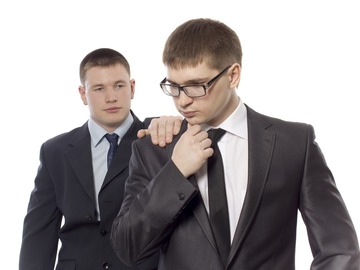 Tact entered English in the 1600s, when thousands of Latin words were borrowed or adapted into English. In fact, most of our Latin-based English words came into the language during the 1600s, when the Renaissance made Classical learning popular again. In the case of tact, it was an adaptation from the Latin word tactus, and it was originally used to refer to the sense of touch. Our first written attestation for it in 1651 reads, "Of all the creatures, the sense of tact is most exquisite in man."

It wasn't too long before tact began to be used figuratively to refer to any perception that is like touch in its sensitivity. William Tooke gives a typical example of this meaning in 1797: "It was from his genius alone that he had seized the character of other nations, and it shews a niceness of tact exceedingly rare."

That sensitive perception eventually led to the more common (and slightly narrower) sense of tact that we know today: "a keen sense of what to do or say in order to maintain good relations with others or avoid offense." This is the tact called for in sticky situations, where a light touch is best.

Of course, defining tact can be easier than implementing it.