It's Not the Heat, It's the Humidity

Where Do "Muggy" and "Humid" Come From?

As summer approaches, get ready for the inevitable refrain, "It's not the heat, it's the humidity."

If humidity gets to you, it may be something in your make-up – etymologically speaking. 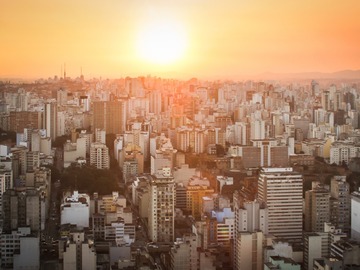 Humid means "containing or characterized by perceptible moisture especially to the point of being oppressive," and it comes ultimately from the Latin verb humere, which means "to be damp or moist." Humere is a cousin to the Latin noun humor, which means "fluid," and which gave us the English noun humor, which was originally used to refer to a bodily fluid (such as blood or lymph). Could humidity be any grosser?

Maybe you eschew the corporeal connotations of humid for muggy. We've got some bad news: muggy, which means "being warm, damp, and close," comes into English from an earlier dialect word mug, which means "drizzle." That mug is a distant relative of the modern English mucus.

Maybe just stick with humid after all.