The term deepfake is typically used to refer to a video that has been edited using an algorithm to replace the person in the original video with someone else (especially a public figure) in a way that makes the video look authentic. 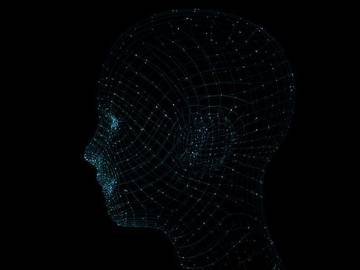 The 'deep' in 'deepfake' is likely related to a process called 'deep learning.'

The term (also styled as deep fake) started appearing in major newspapers and magazines in early 2018:

"Deepfakes" are videos that use AI technology to paste a celebrity face onto a different body.
— Sarah Rense, Esquire, 12 Feb. 2018

In early sources deepfake was used to refer specifically to pornography, but it was quickly understood that the word's referent could in fact be any video:

The first instance of deepfake in Nexis, a database of thousands of news publications, is as the name of the person who first made these videos; in the article the videos themselves are referred to with descriptors like "face-swapped pornography":

Advanced machine learning technology is being used to create fake pornography featuring real actors and pop stars, pasting their faces over existing performers in explicit movies…. A community on the social news site Reddit has spent months creating and sharing the images, which were initially made by a solo hobbyist who went by the name "deepfake". … The creation of face-swapped pornography rapidly scaled up in late December, when another Reddit user (going by the name "deepfaceapp") released a desktop app designed to let consumers create their own clips.
— Alex Hern, The Guardian (London), 25 Jan. 2018

The fake in deepfake is transparent: deepfakes are not real; they're fake. The deep in deepfake is a bit murkier. Deep has long-established use to describe what is difficult, complicated, intense, etc., and that use applies here, but deep in deepfake is also likely related to its use in deep learning, another term that has yet to meet our criteria for entry. The meaning of deep learning is still settling, but most often it refers to a kind of machine learning (that is, a complex process by which a computer is able to improve its own performance) that uses layered neural networks (that is, computer architecture in which processors are interconnected in a way that suggests neural connections in the human brain) to enhance the accuracy of the machine learning algorithms.

Use of the term deepfake has steadily increased since it came on the scene:

No law regulates deepfakes, though some legal and technical experts have recommended adapting current laws covering libel, defamation, identity fraud or impersonating a government official. But concerns of overregulation abound: The dividing line between a parody protected by the First Amendment and deepfake political propaganda may not always be clear-cut.
— Drew Harwell, The Washington Post, 13 June 2019

With Mueller warning of future election meddling, [Representative Adam] Schiff said that one of his biggest concerns for future campaigns was the development of deepfake technology—the ability to manipulate videos or audio to change what a person appears to have said. 'How do we prepare against the late distribution of a fraudulent video?' Schiff said.
— Elias Groll and Amy Mackinnon, Foreign Policy, 24 July 2019

While most terms take years to qualify for entry—that is, to prove that they're established members of the English language—deepfake, with its clear referent and prominent position in legal and general discourse, is likely on a fast track.