If you're one of the more than 1.7 billion people on Facebook, chances are you've seen a dark post. 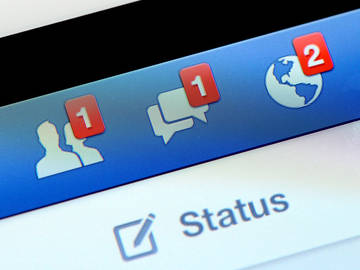 A 'dark post' is a Facebook ad that appears in the newsfeeds of only a selected set of users and nowhere else.

The term dark post refers to a Facebook ad that appears in the newsfeeds of only a selected set of users and nowhere else.

Dark posts (also called unpublished posts) are quite new and proved very useful to the Trump team in the 2016 presidential election.

Before there were dark posts (that is, pre-June 2013), advertisers could already use Facebook to target users according to basic demographic information like gender, relationship status, and education. But with dark posts, an advertiser can target users by keyword—making it possible for them to reach, say, all professional vegan bakers who watch "Mr. Robot" while practicing calligraphy.

And if the advertiser has access to the kinds of demographic information we divulge when we take one of those personality tests that abound on Facebook, the dark post can be targeted according to very specific—and very personal—information, making it possible for an advertiser to send ads tailored for narrowly selected groups of people to only and exactly those groups of people.

Another feature that distinguishes dark posts from other ads is that while dark posts appear in the user's newsfeed along with updates from friends, the ads do not appear on the advertiser's own page. Only the targeted audience ever sees them.

The dark post is the latest in direct marketing—direct marketing being a term that dates all the way back to 1961. That term refers to marketing by means of direct communication with consumers, through such rather quaint-seeming means as catalogs and phone calls.

A term like direct marketing is encountered in so many varied contexts that it's obviously appropriate for dictionary entry. The term dark post is unusual lexicographically because it exists (so far, anyway) only in contexts relating to Facebook. But with more than 1.7 billion active monthly users, a term that refers to something only found on that particular platform still has a very good chance of becoming an established member of the lexicon.