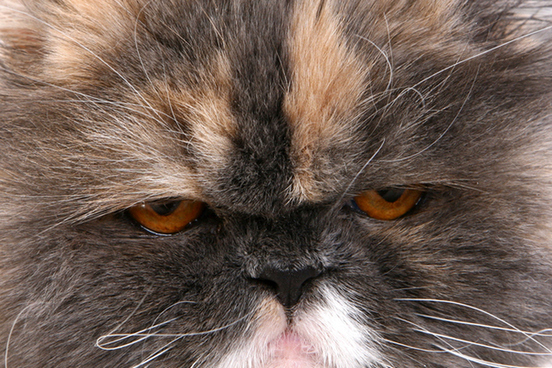 It’s a monosyllable we so associate with complaining that it’s a verb we use for complaining, as well as a noun we use to describe a complainer or a complaint. Sometimes we even see it in print to represent the sound of discontent: grump, grump, grump.

The word grump isn’t as old as you’d think, given how apt it is to describe a person who is given to complaining. Our earliest written record of it is actually in the plural, and generally in the phrase humps and grumps to refer to slights or other indignities:

But though they [the elderly] are suffered to live, ‘tis under many hardships and restrictions, many humps and grumps, and scarce a day but they are asked what they do out of their graves.
— Daniel Defoe, The Protestant Monastery: or, a Complaint against the Brutality of the Present Age, 1727

From the written evidence we have for the phrase humps and grumps¸ our best guess is that it was a colloquialism that was common in speech long before it showed up in print. Grumps eventually dropped humps and gained its own life in the early 1800s to refer to a bad mood. (This meaning was the basis for the verb grump, which appeared in the 1800s as well). This grump also seemed to be informal:

Hannah had the grumps, for being up late didn't suit her.
— Louisa May Alcott, Little Women, 1868

And so it remained, even when grumps dropped its plural -s and was used to refer to a person in a foul mood. One of our earliest pieces of written evidence for this particular meaning of grump is from a dictionary of dialect terms from the turn of the 20th century. 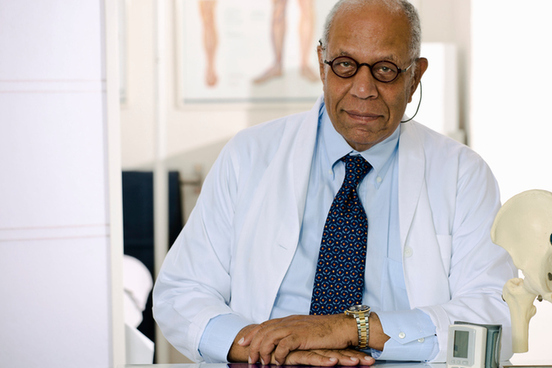 For many, the word grouch conjures up images of a green Muppet who lives in a trashcan and grouses about everything, or a comically mustachioed and glasses-wearing actor from the first half of the 20th century whose eyebrow waggling was legendary. Both Oscar the Grouch and Groucho have given grouch a whimsical, comic cast—but the original grouch was anything but whimsical or comic.

When it first appeared in writing at the end of the 1800s, grouch referred to a bad mood, but not just any bad mood: grouch was an alteration of the much older word grutch, which meant “grudge.” At the time when both grutch and grudge showed up in the written record, during the 1400s, grudge had a much broader meaning than we generally ascribe to it today. A grudge (and therefore, a grutch) could be everything from vocal dissatisfaction to idle complaining to hurt caused by a personal injury. That’s not to say that a grutch was always a piddling affair:

Quenchynge the good opinyon and loue that all men had towarde me, and chaungynge it to a feruent grutche & hatred.
— Thomas Elyot, The Image of Governence, 1541

Grutch fell out of written use in the 1800s as grudge become more common. But by the time grutch disappeared, the meaning of grudge had narrowed to refer to pain and resentment caused by a personal injury. The broader meanings of grutch were carried over to the new word, grouch.

Grouch quickly spawned a verb, as well as the accompanying adjective grouchy. Today, we use grouch more commonly as a noun to refer to a person who is habitually in a bad mood, and this is the sense that inspired the naming of both Oscar and Groucho. 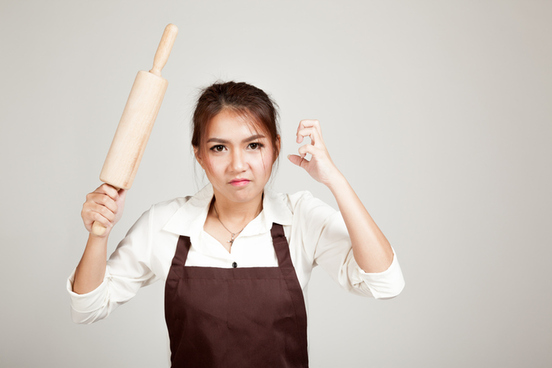 Peevishness is not always the province of a bad mood, as is evidenced by fussbudget. The word refers to a person who worries or complains about small, trifling things, and if it has an old-fashioned ring to it, that’s because it is a bit old-fashioned. It has seen two spikes in use during its life: one in the 1930s:

”She really must care about him,” thought Scarlett in contempt. “And I guess she’d be almost human if she ever had a husband of her own, even if her husband was old fuss-budget Frank.”
— Margaret Mitchell, Gone With The Wind, 1936

and one in the last decade:

Engert was enacting for me, in miniature, one of his favorite public personas: the rake in a comedy of manners, the charmer whose bad behavior is so finally harmless that only his accusers look foolish in the end. The stories he likes to tell about himself all involve narrow escapes from one variety or another of fussbudget or prude.
— Ariel Sabar, Smithsonian Magazine, July/August 2015

Fussbudget came into being from the earlier noun fuss, which originally referred to a state of excitement or agitation, and then later to a complaint over something trivial. We don’t know much about the origin of fuss itself: the most that etymologists will venture is that it might be imitative of a fussing person’s sputtering.

Fuss seems straightforward enough, but what about that budget? One of our oldest meanings of budget is to refer to a pouch or bag, and while this meaning is now mostly found in older works and in dialectal speech, it is the core meaning used in fussbudget. A fussbudget is a person filled, like a bag, with complaints and crotchets over trivial things. 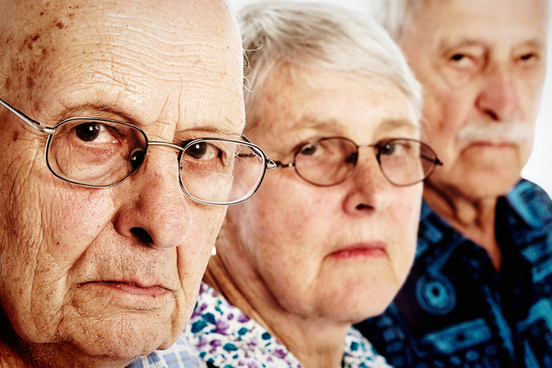 It’s not all grouch and grump: we delineate between the various kinds of curmudgeons among us. One sort is the person who enjoys ruining others’ good time: the killjoy or the spoilsport.

A killjoy is, as our Unabridged Dictionary puts it:

one that inspires gloom or counteracts joy or high spirits : one that tends to pessimism or a depressing solemnness especially among people that are happy or optimistic : one that dispirits

and a spoilsport is, as you'd expect, one who ruins merriment, fun, or sport.

Both killjoy and spoilsport are representatives of a unique type of word that’s known as a cutthroat, or a cutthroat compound. They are nouns that are created using a transitive verb and a noun, where the meaning is derived from the verb’s action on its following noun. A killjoy is someone who kills joy; a spoilsport is someone who spoils sport. Cutthroat compounds cover a wide range of people and thing, from scarecrows to pickpockets. Many of them are archaic-sounding because of their structure, and possibly because they had their heyday in the 1600s. (Killjoy and spoilsport both showed up in written prose at the end of the 1700s—late bloomers for sure, though cutthroats have continued to be coined to this day.) The cutthroat model (verb + object) hasn’t been as productive in English as the backstabber model (noun + verb + -er), and backstabbers appear more in prose today than cutthroats do.

You can find a compendious list of cutthroats compiled by “rogue linguist” Brianne Hughes at her site Encyclopedia Briannica. 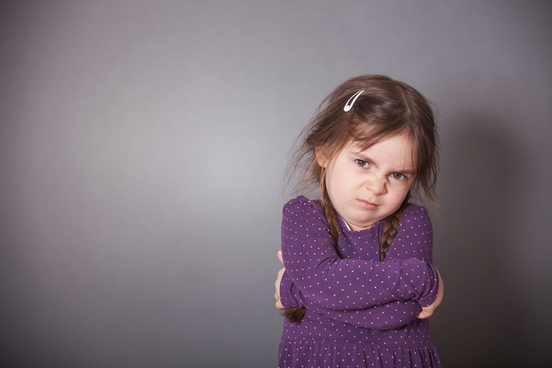 Crosspatch is neither a cutthroat (it does not cross your patches) nor a backstabber (it does not patch your cross), but a plain old compound of cross, meaning “ill-tempered,” and patch, which means “fool.” The word has mostly fallen out of modern use; the Oxford English Dictionary claims that the word was commonly applied to girls or women, though we do have evidence of ungendered use.

The “fool” patch has a long and storied history, though it, too, has fallen out of modern use. It was first used in print as a generic noun back in the 1500s:

And by the faieth ye owe to the immortall godds, maie any thyng to an indifferent considrer be deemed more happie, and blisfull, than is this kynde of men whom commenly ye call fooles, doltes, ideotes and paches? by most fayre and goodly names as I take theim?
— Erasmus, The Praise of Folie, tr. Thomas Chaloner, 1549

Linguists think that this particular patch is not related to the “scrap of cloth” patch, but is a separate word that might have been influenced by an Italian dialect word for a fool, paccio.

There was a historical Patch, however, who may have been just as much of an influence as the Italian paccio. Records indicate that there was a man surnamed Sexton and commonly called Patch who served first Cardinal Thomas Wolsey and later Henry VIII as a jester and fool. Patch flourished around 1530; the “fool” patch appeared in writing shortly thereafter. 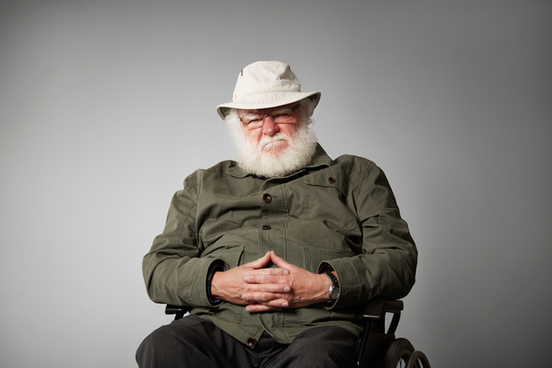 Many a student slogging through Herman Melville’s Moby Dick has come across this passage, sure to be misapprehended by the modern reader:

What of it, if some old hunks of a sea-captain orders me to get a broom and sweep down the decks? What does that indignity amount to, weighed, I mean, in the scales of the New Testament? Do you think the archangel Gabriel thinks anything the less of me, because I promptly and respectfully obey that old hunks in that particular instance?

Old hunks? How old? Like Harrison Ford old, or only Idris Elba old?

Lexicographers are unsure of where hunks came from. It was first used around 1600 to refer to a surly man, and the best guess etymologists have as to its origins is that it might have originally been a generalized nickname (just as Books is attested to as a nickname for someone who is smart, or Boots is a nickname for someone known for wearing boots). It might seem like etymologists are missing a key connection: there is another noun hunk that refers to a large piece of something (“a hunk of bread”). And the progression of meaning from an unwieldy piece of something to a large or unwieldy person to a foolish or ill-tempered person seems to fit. But what does not fit are the dates of first written use. The “piece” hunk appears in the 1800s; if it were the origin of the “surly person” sense, it should appear before 1600.

The “piece” sense did eventually give us the more conventional meaning of hunk we’re familiar with via Hollywood tabloids. The plural noun hunks has almost no modern use, though it does have significant use in older literature, and was a favorite of Melville’s. He used it in Moby Dick and A Confidence-Man. 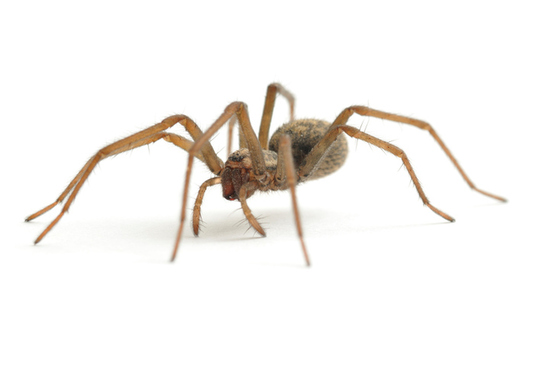 Sometimes truly excellent words are hidden away in the nooks and crannies of English, and this is the case with ettercap. The word is quite rare in general use, appearing only in some Scottish and northern British dialects:

At least we can see the auld ettercap into the ground now, Christ be praised.
— Pat McIntosh, The Counterfeit Madam, 2011

Ettercap refers to a spiteful and unpleasant person, and it first appeared in printed prose with this meaning in the late 1500s. The “spiteful person” sense is not the original use of ettercap, however: it originally referred to a spider:

... the webbes of the Ettercope, through which the greater Flyes may breake at their pleasure. —William Cowper, The Anatomy of a Christian Man, 1611

Ettercap is an adaptation of the earlier attercop, which refers to both a spider and an unpleasant person. Attercop as a word is quite old: in fact, it was what we called spiders before we called them spiders.

Attercop derives from an Old English compound noun made up of attor, “venom,” and coppa, which comes from the Old English word that means “head” or “cup, vessel.” Spiders were so called from their reputed venomous properties, and that venom carried over into the “spiteful, unpleasant person” sense of attercop, which dates back to the early 1500s.

Interestingly enough, the word coppa became associated with spiders so much that it was sometimes used in Old English and Middle English to refer to spiders. This is how we ended up with the word cobweb, which in Middle English literally translated as “spider’s web.”