A headline that is ambiguous because of its wording or punctuation 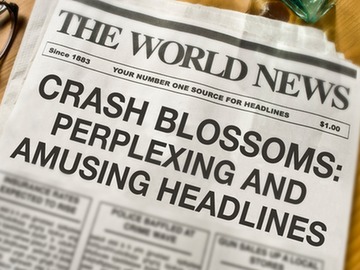 You've encountered what's called a "crash blossom": a headline that is ambiguous because of its wording or punctuation (or absence thereof). The above crash blossom would have been easier to parse with a hyphen between "whale" and "watching" and perhaps by substituting "capsizes" for "sinks."

While crash blossoms themselves are as old as newspapers, the word only dates back to 2009, when editor Mike O'Connell saw an ambiguous headline that appeared in the newspaper Japan Today--"Violinist Linked to JAL Crash Blossoms"--and wondered in the Testy Copy Editors forum, "What's a crash blossom?" The word for these ambiguous statements was born, and examples of crash blossoms began to flood the linguistics blog, Language Log. Like eggcorns, crash blossoms test a reader's sprachgefühl, or sense of language, and are just fun. A few choice crash blossoms from recent years: 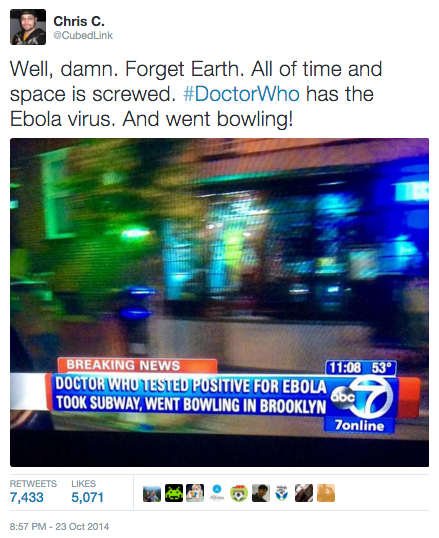