Early Use of 'Cover'

We'll start by uncovering the etymology of the verb cover in its uses of, literally and figuratively, putting something over or against something else in order to protect, hide, or enclose: it originated in early Middle English and is derived from Anglo-French covrir and Latin cooperire, a combination of the prefix co- (meaning "with, together, or jointly") that is in cahoots with operire, meaning "to close" or "to cover." The verb's "concealing" and "screening" senses, especially in regard to questionable actions, behavior, and facts, were made public in the 14th century.

Ther may be, under godelyhede fair appearance Kevered, many a shrewde vice.
— Geoffrey Chaucer, The House of Fame, ca. 1379 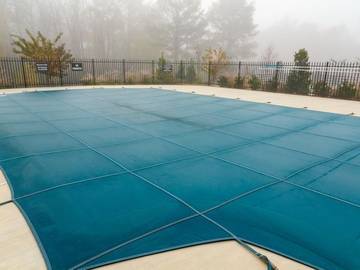 Today, the noun is frequently found in figurative uses denoting secrecy and concealment.

In the 19th century, cover specifically denoted criminal activity, as when a pickpocket's associate would "cover" the action of the pickpocket.

I saw Merritt lift up the tail of a gentleman's coat and thrust his hand into the pocket…. Jordan and O'Brein were covering. I knew them all to be regular thieves.
— The Glasgow Gazette, 13 Nov. 1858

Around the same time, cover is employed as a word for protecting someone or oneself from legal penalties. Here's a contemporary example:

Although none of S.G.’s investment accounts own real estate, he covers himself by owning an 11-unit apartment rental with a $1.2 million value.
— ETFguid.com, 13 Aug. 2014

The expression "cover your tracks"—referring to hiding anything that shows where you have been or what you have done so that no one can find or catch you—follows. Nowadays, people often clear their browser history or delete emails to cover their tracks.

Sports usage of the verb cover also implies being the "bad guy" (depending on who you are rooting for) in that when a player is covering, he or she is not letting a play to be completed because they are playing the competition defensively. The word was first batted around in that sense in the game of cricket in the first half of the 19th century, when it was applied to the act of protecting a wicket with one's pads or legs from a ball that is turning in.

The batsman would still have the advantage of covering the wicket with his person, so long as he does not stand in the direct line between the wickets.
— E. V. Bligh, Baily's Magazine of Sports & Pastimes, September 1898

By the 20th century, cover became frequently used in other sports. In American football, a cornerback is said to "cover" a wide receiver, and in baseball the pitcher might "cover" first base on a bunt. In both instances, a player is trying to prevent an opponent from advancing. Cover joins the adverb up in the sport of boxing: cover up refers to the act of assuming a defensive stance by protecting the head and body as much as possible with the arms, as in "The fighter was forced into the corner of the ring and could do little more than cover up." That collocation brings us to the verb cover up and its partner-in-crime, the noun cover-up.

Recorded use of the verb cover with the following adverb up goes back to the 19th century. Originally, it had a comforting meaning: it referred to wrapping yourself or someone or something else (up) with a covering of sorts, such as a blanket or a piece of clothing. In the first half of the following century, it was applied as a word for the concealment of a crime, misdeed, or other wrongdoing, as well as to the act of assisting the wrongdoer in concealing a crime, misdeed, or wrongdoing (e.g., "covering up a scandal"). The phrasal verb cover for has similar meaning. It did its time, however, and was granted the innocent meaning of "to act as a substitute for someone," as in "The principal temporarily covered for the teacher" or "A coworker covered for him while he went to his doctor's appointment."

The phrases "to cover a person's back" or "to cover one's back" gained use about the mid-1900s, and they imply protecting or guarding a person or oneself against a potential attack or avoiding taking the blame for something (especially by coming up with an excuse or alibi). The attack might be from behind, "butt" not necessarily. There are colorful, slangy variations of the phrases using other words for the "behind" parts of the body in place of back.

The noun cover-up refers to a planned effort to hide a dishonest, immoral, illegal, or criminal act or situation—"The suspect's cover-up made it difficult to find evidence"—or it can be generally used for an action or behavior that is meant to prevent people from knowing about something, "His brash manner is a cover-up for his insecurity." It is also the name for a piece of clothing, such as a wrap worn over a bathing suit. The noun cover-up is attested in English in the early 1900s; coverage of the noun cover parallels the verb in origin, and early senses similarly involve forms of protection, hiding, and enclosure, referring to such things as a place of shelter for prey or for a soldier under fire, or a book's jacket.

Other Uses of 'Cover'

Today, the noun is frequently found in figurative uses denoting secrecy and concealment. It is often applied to things that prevent actions, information, etc., from being seen or known (as in "The informant spoke to the reporter under the cover of anonymity") or to people or things that are not what they seem to be or that pretend to be someone or something else: "She acts tough, but that is just a cover"; "The police officer was working under cover"; "The spy's cover was blown when they discovered that he was miked."

Another act of covering is a generous one: cover can mean "to pay for," as in "covering a bill." A person might also cover a compadre's cover charge. The term cover charge—which refers to a charge made by a restaurant or nightclub in addition to the charge for food and drink—evolved from the sense of cover meaning "a tablecloth and other table accessories" and is first served up in the English language in the early 20th century. This quote from the December 1917 issue of The Hotel Monthly should suffice:

In the common acceptance of the word, until a very recent day, the word "cover" carried also the table condiments and bread and butter. In recent years, however, owing to the advanced cost of foods, and the necessity for economy, an extra charge is very generally made in restaurants for bread and butter, and, also, for some of the more costly condiments and sauces which formerly were served free. The word "cover" is also extensively used in banquet service, as, for instance, a charge of $5 the cover, which includes everything provided,—food, special menu card, flowers, music, service of every kind.

We'll end by using a sense of cover meaning "to provide information about," which goes back to the late 18th century: we think that we covered the "secret," "concealing," and "protecting" senses of cover (and more).