'Cordial': A Word Straight from the Heart

Whereas 'coronary' is not so much 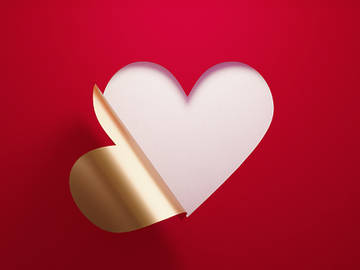 It warms our hearts to bring you word histories.

The Latin noun cor, meaning "heart," gives us a number of English words, including the opposites concord ("harmony or agreement") and discord ("conflict"). It also gives us cordial, an adjective meaning "warm-hearted" or "heartfelt":

I felt I became a favourite in the neighbourhood. Whenever I went out, I heard on all sides cordial salutations, and was welcomed with friendly smiles.
— Charlotte Brontë, Jane Eyre, 1847

We sat down together at the breakfast-table in as cordial and customary a manner as if we had known each other for years, and had met at Limmeridge House to talk over old times by previous appointment.
— Wilkie Collins, The Woman in White, 1859

Original Use of 'Cordial'

In the Middle Ages, cordial meant "of or relating to the heart," with that definition intended in a physiological sense—essentially fulfilling the role that our word cardiac does today. The term cordial spirits referred to what was thought to be vital substances flowing through the body in the manner of blood or humors:

Though sleeping, where I lay, and saw the shape Still glorious before whom awake I stood; Who stooping op'nd my left side, and took From thence a Rib, with cordial spirits warme, And Life-blood streaming fresh
— John Milton, Paradise Lost, 1667

The noun cordial, referring to a liqueur (usually sweet) or any kind of stimulating medicine or drink, was so named for its belief that it invigorated the heart. While the literal sense is still encountered today, writers have long put this use to figurative effect:

Thus he went on, speaking so cheerfully to me, and such cheerful things, that it was a cordial to my very soul to hear him speak.
— Daniel Defoe, The Fortunate Mistress, 1724

In the body, the heart is surrounded by two coronary arteries, which arise from either side of the aorta immediately above the semilunar valves and supply the tissues of the heart itself.

The word coronary is found in the names of a number of conditions pertaining to the heart (such as coronary thrombosis). However, the cor in coronary is not the cor that means "heart"; coronary instead comes from corona, the Latin word for "crown." That is due to the fact that the way these arteries surround the heart is shaped like a crown.