'Confuzzled': A Not So Confusing Definition

Confuzzled about 'confuzzled'? We can help.

What does confuzzled mean?

Confuzzled: simultaneously confused and puzzled; a portmanteau of 'confused' and 'puzzled.' 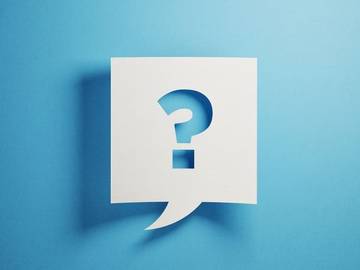 Its origin isn't that hard to puzzle out.

Where did confuzzled come from?

Eons ago (in Internet years) this company put out a call to its readers: What words would you like to see us enter in the Merriam-Webster.com dictionary? More than 3,000 words were submitted, some of which eventually gained entry. (We're looking at you, ginormous.) Most, however, linger still in not-yet-established-member-of-the-language land, where it's possible they'll languish forever. But one may be moving closer to dictionary breakthrough: confuzzled.

Confuzzled was reported, lo those many years ago back in 2005, to mean "simultaneously confused and puzzled," and it doesn't seem to have strayed far from that use:

The Grammys were Sunday, and let’s just say, like the Golden Globes last month, they were an utter cluster ball of total confusion. Practically everyone was completely and utterly confuzzled, from the host herself, Alicia Keys, to the onlooking crowd at the Staples Center to the Clog ourselves.
— Chloe Lelchuk, The Daily Clog (University of California at Berkeley), 12 Feb. 2019

It's a playful word that tends to appear in informal writing, but it also occasionally turns up in rather dry contexts:

On the same 1Q18 earnings call, CEO Hawkins appeared confuzzled. At one point, he incorrectly recited the Company’s financial guidance and had to be corrected….
— Plus Company Updates, 29 May 2018

Confuzzled—a classic blend word, aka portmanteau, formed from confused and puzzled—is typically used as an adjective, but it's technically the past participle form of the verb confuzzle. A number of related terms based on the verb exist too:

After 25 years David Lynch welcomed us back to Twin Peaks and the surrealistic nightmare of its dreamlike logic and confuzzling mysteries.
— Karl Puschmann, The New Zealand Herald, 18 Dec. 2017

When it comes to the written word, poetry has been a constant source of confuzzlement for me.
— Mark York, The Stanford Daily (Stanford University), 30 Apr. 2019

The word is claimed by a character in the 2009 Australian movie Mary and Max, by Adam Elliot:

Do you have a favourite-sounding word? My top 5 are ointment, bumblebee, Vladivostok, banana and testicle. I have also invented some new words—'confuzzled,' which is being confused and puzzled at the same time, 'snirt,' which is a cross between snow and dirt, and 'smushables' … which are squashed groceries you find at the bottom of the bag.

But, as noted above, it was submitted to us in 2005, and preliminary research dates to the word to at least 1994, when it appeared (per a book review) in a text teaching management fundamentals through A. A. Milne's immortal Winnie-the-Pooh and friends. The book's author fittingly puts the word into the mouth of Pooh himself:

The whole concept of blending endearing childhood memories with the competitive world of business [in management consultant Roger E. Allen's Winnie-the-Pooh on Management] is either marketing genius or really disturbing. On the one hand, (Pooh is ''confuzzled'' by this phrase) learning sophisticated business lessons vicariously through old pals Owl, Tigger, Eeyore and Piglet might be the ideal ''fuzzy slippers-warm cup of cocoa'' tonic that management could use.
— Dean Narciso, The Columbus (Ohio) Dispatch, 28 Nov. 1994

Milne's Pooh didn't know the term, as best we can tell.

A few other moments in the development of confuzzled and its relations are perhaps worth mentioning. It had its Urban Dictionary debut in 2003, and its Twitter one in 2009:

Also some things may be confuzzling atm. (I'm certainly confuzzled!) I'll straighten it out when I write my reports <3

But confuzzled and its relations are by no means common, and it's still unclear whether any of them will settle fully into the language. We're not confuzzled by this; many words putter along for years and years without rising from obscurity to meet our criteria of significant use in a variety of sources over an extended period of time. Confuzzled is making progress in all three categories, though, and we are, of course, watching.