Both can be polite; one is unconcerned.

Sometimes words look quite similar but have meanings which are quite distinct, as with comprise (“to be made up of”) and compriest (“a fellow priest”). Other times we may find words which are very similar in both form and meaning (such as obsequity and obsequiousness), raising the question of why the second word is necessary. And then, just to keep everyone confused, the English language will occasionally come up with pairs of words which look and sound alike, and have meanings which are both similar and dissimilar.

We present to you complacent and complaisant. 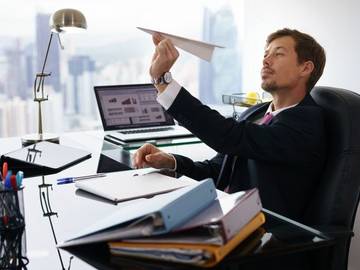 'Complacent' has the added meaning “marked by self-satisfaction."

Let’s first look at the ways in which these words overlap. Both may be used in the sense of “marked by an inclination to please or oblige.” This is hardly surprising, given that each of these words may be traced to the Latin complacēre, meaning “to please greatly.” This “polite” sense of complaisant is that word’s earliest sense, recorded in print from the middle of the 17th century.

Yes, you, by suthing her undeserved scorne, have bred
Such a delight and habite of it in her, that she
Can hardly forbeare it, when she strives to be
Complaisant to her best friends.
— William Berkeley, The Lost Lady, 1638

I shall not be so complaisant as he hath beene, I will make Polexander know, 'tis not in his choyce to refuse that which your Majesty gives him.
— M. Le Roy sieur de Gomberville, The History of Polexander (trans. by William Browne), 1647

The earliest uses of complacent were in a sense which is now thoroughly obsolete, where the word simply had the meaning of “pleasing.”

And we like swine, wallow our selues in the filth, puddle, & sincke of all iniquitie? shall we be kindlie inuited to the mariage dinner (Math. 22.4.) and refuse to come, for some base commoditie, that is complacent vnto our sensualitie?
— Bartolomeo Cambi, The Seaven Trumpets of Brother Saluthius (trans. by Br. G. P.), 1626

Mistake not Madam, the only thing in this world impossible to you is the guiltinesse of my mind. Tis not in my power to be so complacent unto you….
— Walter Montagu, The Shepheard’s Paradise, 1629

In addition to this “pleasing” meaning, complacent has functioned synonymously with complaisant for hundreds of years now. However, it also began taking on new meanings in the late 18th century, which have become the word’s more common uses: “marked by self-satisfaction especially when accompanied by unawareness of actual dangers or deficiencies” and “unconcerned.”

Although our records show that complacent has been used to mean “polite, obliging” throughout the past few centuries by many well-regarded writers, such use is so outweighed by the “self-satisfied” and “unconcerned” senses that it is now widely viewed as incorrect. It is up to you how to treat this information.

While we cannot say for certain that the use of complacent to mean “polite, obliging” is wrong, we can tell you that using complaisant to mean “self-satisfied” or “unconcerned,” although found occasionally, is something to avoid.

It was pretty obvious why Starkey thought that relationship was more important now than ever, as he interviewed American lawyers trying to get justice for prisoners held without trial in Guantanamo Bay. Have we, he asked, become complaisant about our long tradition of freedom from arbitrary state authorities?
— Benji Wilson, The Daily Telegraph (London, UK), 27 Jan. 2015

Here’s a quick cheat sheet, for those who are allergic to explanations longer than a paragraph: