What is the difference between the adjectives climatic and climactic? 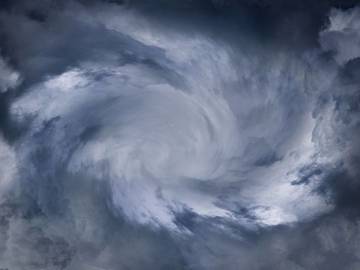 And is this a typical weather event or the end scene of a disaster movie?

Climatic means “of or relating to climate.” It can describe things that pertain to the climate patterns of a place or to events attributed to climate change.

Since then a steady string of fiery, stormy, costly climatic calamities has vividly illustrated the price of unaddressed vulnerability, and fresh reports from the United Nations and independent researchers have meanwhile charted the unrelenting rise in greenhouse emissions.
— Andrew Revkin, National Geographic, 9 Jan. 2019

Angkor, one of the most significant archaeological sites in Southeast Asia, was a thriving metropolis at the center of the Khmer Empire in the 13th century. Then its inhabitants suddenly left town. Now, researchers find abrupt climatic changes and vulnerable infrastructure led to the city’s demise
— Roni Dengler, Discover, 17 Oct. 2018

Climactic means “of, relating to, or constituting a climax.” It describes things that amount to the high point of something or the point of greatest tension (such as within a narrative).

From its opening scene at the John Wayne Airport to its climactic final chase alongside Long Beach’s Shoreline Drive (which doubled as the San Diego freeway in the film), Gleaming the Cube makes Orange County not only a setting in the film, but a character as well.
— Doug Jones, OC Weekly, 10 Jan. 2019

We also see anticlimactic as the adjectival form of anticlimax:

Then, after it was all over and Colton had picked his first impression rose and sent his first ladies home, the show was basically over and there was no actual discussion of anything at all, making it feel a little bit anticlimactic.
— Lauren Piester, E! Online, 7 Jan. 2019

Climatic and climactic might arguably fall into the category of words you don’t even realize are two different words until you see them printed next to each other (or, perhaps, read an article about their usage on the internet). One factor that causes people to overlook their distinction might be that they share the same origin. The nouns on which they are based, climate and climax, both ultimately derive from the same Greek noun, klima, meaning “inclination, latitude, climate.”

It’s not unusual to see climatic used in instances where “amounting to a climax” is clearly what is meant. Nor is it strange to see the reverse. For one thing, climactic is more likely to occur in prose pertaining to any subject, while climatic is (logically) more or less restricted to science writing, and writers whose subject is climate science are likely to be alert to the difference. For the most part, confusion between climactic and climatic is limited to spelling or typing and rarely reflected in speech.

Oh yeah, uh, we forgot to mention we've been defusing a bomb this entire time! Red wire or green wire? Which do we snip?

Phew. Now that was an action-packed ending.