'Cliché': We’ve Heard It All Before

We are taught to avoid clichés in our writing. But what makes something a cliché?

By definition, a cliché is a trite phrase or expression or the idea expressed by such wording. More broadly, it refers to anything that is so commonplace that it lacks freshness or offers nothing new in the way of interest or insight. 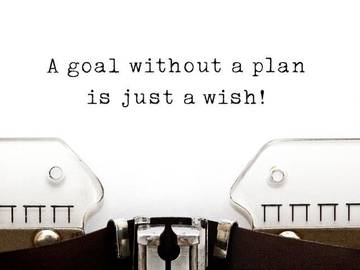 Stop us if you've heard this one before.

Since most of us first learn about clichés in a writing class, verbal clichés are the first kind we usually think of—phrases that sound like adages, such as “don’t count your chickens before they hatch,” or similes like “mad as a wet hen.” Because we have heard such phrases so frequently, writing teachers advise that we avoid them in our writing because the reader isn’t as likely to engage with writing that isn’t saying anything new. Plus, no one needs that many chicken references.

It is that idea of staleness and unoriginality that makes clichés identifiable and something to avoid when you are looking to create something vivid.

It is no accident that clichés have a lot in common with stereotypes—the word cliché actually means "stereotype" in French, referring to the method of printing newspapers with interlocking plates and then using a mold to form a new plate that prints the entire page at once. Cliché is the past participle of the verb, clicher, meaning “to produce or print in stereotype.” The word is onomatopoeic, alluding to the noise of the die striking the metal to lock the plates in place.

The notion of mechanical reproduction being a metaphor for a repeated idea comes up in stereotype itself, which can mean “something conforming to a fixed or general pattern” or “a standard or oversimplified opinion that is shared by many people,” as well as in boilerplate, the term for standard or formulaic language (such as that used in contracts).

Nowadays, cliché isn’t restricted to habits of language or narrative technique. The word can describe something that seems to occur over and over again, often causing a feeling of fatigue in the viewer:

The image of the recent college graduate working as a Starbucks barista or a rental car clerk has become a cliché in the national debate over student loan debt.
— Doug Lederman, Inside Higher Ed, 23 May 2018

One specific lamp has been appearing so often in TV and film it’s become a cliché. The Arco floor lamp: a long, thin arc of chrome, sprouting from a heavy marble base and ending in a shiny domed shade; somewhere between standing and pendant light.
— Anna Leszkiewicz, New Statesman, 6 June 2018

As Time's Katy Steinmetz explains, the repetition of the phrase "thoughts and prayers" has become a cliché of sorts, one of the first things a person might say as a form of condolence if they're really not sure what to say at all.
— Caroline Burke, Bustle, 28 June 2018

Amusingly enough, some commentators found the word cliché to be a bit of a cliché in its own right, a tired way for critics to identify commonplace language. The word was first entered in English-language dictionaries in the 1890s, with the OED labeling cliché a foreign word. By the 1920s, at least one writer had had his fill of it:

The word ‘cliche’ itself, we have seen, is a cliche, a worn counter of a word
— Havelock Ellis, The Dance of Life, 1923