Since as long ago as the 1950s, we have used sci-fi as a shortened expression of the term science fiction, referring to a genre of storytelling that portrays, in ways truthful and speculative, how advances in science and technology impact our lives for better or for worse. The short form retains the initial syllable of each word in the longer phrase, with the shared long-i creating a nifty, assonant rhyme.

It’s a similar truncation that gives us another genre of book and film that sees increased relevance in our times: cli-fi. 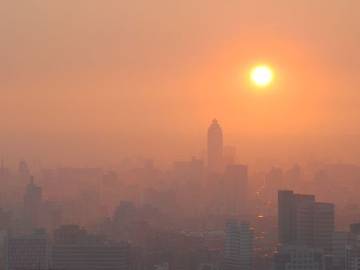 R U Talkin' Change RE: The Climate?

Like sci-fi, cli-fi deals with worlds real and imaginary, but in this case the narrative deals with how humans manage living in environments with severely altered climates. The cli- in cli-fi is short for climate, and cli-fi is fiction that projects how climate patterns, and severe changes in such patterns, affect or will affect our lives.

When it comes to courting the interest of younger generations, it certainly helps that cli-fi is emerging at the movies and on TV. Last year's Christopher Nolan epic Interstellar shows the American Midwest turning into a second Dust Bowl, with a forecast so dire it drives humans to seek a new planet. In 2014's Snowpiercer, a bungled attempt to stop global warming creates a new ice age. Margaret Atwood’s popular cli-fi trilogy MaddAddam is currently being adapted into a series for HBO, whose wildly popular show Game of Thrones also flirts, if unintentionally, with global-warming themes.
— J. K. Ullrich, The Atlantic, 14 Aug. 2015

The genre of climate fiction is not new; in fact, climate change, with a focus on the warming of global temperatures and its likely causes, is not a new area of study. Svante Arrhenius, a Swedish chemist who later earned his country its first Nobel Prize, constructed the first model charting the influence of atmospheric carbon dioxide on global temperature levels in 1896. For his work, some call Arrhenius the father of climate science.

But research into climate fluctuation existed well before that, and climate fiction exists contemporaneously with Arrhenius’s work. An early example of the genre is Jules Verne’s Sans dessus dessous (1889, translated as The Purchase of the North Pole or Topsy-Turvy), in which engineers use a powerful cannon to eliminate the tilt of the Earth’s axis, thereby doing away with seasons and causing the ice in the Arctic shelf to thaw enough to become penetrable and make accessible vast coal deposits believed to be buried there.

There have been films categorized as cli-fi as well: notable ones include 1995’s Waterworld, in which Earth is submerged due to the melting of the polar ice caps, and 2004’s The Day After Tomorrow, about a new global ice age. And who could forget the drought-ravaged dystopia of the Mad Max franchise?

The word cli-fi is credited to Dan Bloom, an English teacher and former journalist, who coined it in 2007. Alarmed by what he felt was a deficiency of attention to climate science in the popular consciousness, Bloom sought a way to promote stories that brought the subject to the forefront. “I’m looking for the On the Beach of climate change,” Bloom told The Literary Hub in 2017, referring to Nevil Shute’s 1957 Cold War classic about postnuclear apocalypse. “I’m looking for somebody somewhere in the world who can tell a story that has the power of On the Beach so it shocks people into awareness.”

Bloom launched a website as part of his campaign, but the term caught on when other authors, including Margaret Atwood herself, began promoting writings on the subject on Twitter and other platforms.

Will cli-fi ever become as popular as sci-fi? It’s too early to say. But the genre has certainly made a splash, and that’s a change you can’t deny.