How many ways can we break up the day?

What is civil twilight? Is it an archaic term, commonly used in a more genteel place and time, which referred to the time of the day when men tipped their hats, women curtsied, children respected their elders, and everyone was more civil? Civil Twlight is actually more scientific than sociological. 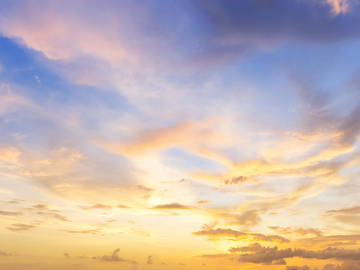 All twilights are pretty breathtaking.

Civil twilight is a scientific term, and we define it as “the period after sunset or before sunrise ending or beginning when the sun is about 6 degrees below the horizon and during which on clear days there is enough light for ordinary outdoor occupations.” Some sources claim that the word was coined by the Swiss polymath J. H. Lambert in the 18th century, but there does not appear to be a record of the word used in English until early in the following century.

All these notions are extremely vague, and refer less to the astronomical twilight, than to that other twilight which allows to labour and to read, which was first mentioned by Lambert, and named by him civil twilight.
—Thomas Leybourn, The Mathematical Questions, Proposed in the Ladies’ Diary 1817

If you’ve paid close attention to the above citation, you may have noticed that there is more than one kind of twilight. In fact, there are many different words for slight differences in this part of the day. In addition to civil twilight we have nautical twilight (“the period before sunrise or after sunset during which the sun is not more than 12 degrees below the horizon”) and astronomical twilight (the darkest of the three twilights, with the sun between 12 and 18 degrees below the horizon). Each of these twilights may be used to describe the condition in the morning or evening, leaving us with six different twilights throughout the day.

Lest you believe this is an unimportant triviality, note that a mid-19th century report in a U.S. Senate publication dealt with, among other things, what twilight really is. Why? According to the French physicist Auguste Bravais, “The length of twilight is an element useful to be known: by prolonging the day, it permits the continuance of labor.” It appears that the reason for all this feverish worry about when exactly twilight begins and ends was not so that poets might have more exact terms at their disposal; the twilight-figurers were more concerned with things such as “the continuance of labor.” It should be noted that Bravais also observed that “Unfortunately, philosophers are not agreed upon its duration.”

This observation was made in the middle of the 19th century, and by the early 20th people still hadn’t worked out exactly when civil twilight ended. An article in a 1916 issue of Monthly Weather Review noted that “five distinct definitions are given for the ending of civil twilight.” Depending on which 19th century source one held as an authority, civil twilight could end when the sun was 6, 7, 7 1/2, or 8 degrees below the horizon.

Civil twilight, the only one which interests inhabitants of town and country, ends at the moment when the sun descends six degrees below the horizon, and at that moment planets and stars of first magnitude begin to appear.
—The Times-Picayune (New Orleans, LA), 27 Jan. 1895

Practical, or civil, twilight is the time which elapses between the moment of the sun’s setting and the moment when he is seven degrees of a great circle below the horizon.
—The Evening Post (Charleston, SC), 31 Mar. 1899

Not everyone felt the need to give a precise degree to the beginning or end of civil twilight. Shirley Palmer, in his 1845 A Pentaglot Dictionary, described it as beginning “by the vulgar calculation, at the moment when an individual can no longer pursue his occupation, in the house, without the aid of artificial light," and ending “when the smaller stars are discernible with the naked eye.”

If you are the sort of person who doesn’t feel the need to be exactly clear on how many degrees below the horizon something is, or if you perhaps aren’t feeling particularly civil, you might wish to have a word which refers to the afterglow of the sun in a more general fashion. For that we have antitwilight: “the pink or purplish glow in the eastern sky after sunset.”

Very frequently one may notice, after the setting of the sun, when one it standing on an eminence, a red arch defined upon the eastern sky around a darkish-blue space. Under favorable circumstances, the line of separation is marked by a yellowish edging. This is the phenomenon that has been styled the anti-twilight.
—Zurcher and Margolle (trans. by William Lackland), Meteors, 1869

Whatever it's called, the hazy times between night and day are great times to pull out other, more poetic terms to describe what you're seeing and feeling, taking in the bits of sunlight.