As the term transgender has become increasingly prominent in the lexicon, a contrasting term has also settled into the language. Cisgender (also styled as cisgendered and often shortened to cis) describes someone whose internal sense of gender corresponds with the sex the person had or was identified as having at birth. Most people can be described as cisgender. If the pronouncement your mom heard at your birth—It's a girl! or It's a boy!—still feels like it was accurate, then you're cisgender. 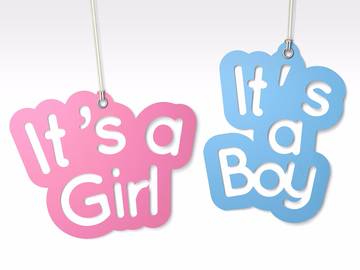 If your birth announcement still feels accurate to your gender, then you're cis

While transgender dates to at least 1970, cisgender is a child of the 1990s: our evidence dates it back as far as 1994. It got its first element from a prefix that means "on this side," from the Latin cis or citra, which has the same meaning.

Interestingly enough, cis has been an adjective with an entirely different meaning since the late 19th century. It's defined in this dictionary as "characterized by having certain atoms or groups of atoms on the same side of the longitudinal axis of a double bond or of the plane of a ring in a molecule."