A mad dash, a big scrum, a muddled jumble — all of it could be described with one word: chaos. Our most common uses of chaos today imply either a confused mass or jumble of things, or a state of utter confusion. But when chaos first entered English, it referred to the inverse of confusion: chaos first referred to a void. 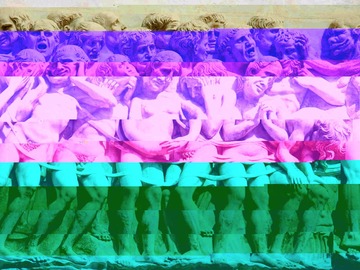 The English word chaos is borrowed from the Greek word that means "abyss." In ancient Greece, Chaos was originally thought of as the abyss or emptiness that existed before things came into being, and then the word chaos was used to refer to a specific abyss: the abyss of Tartarus, the underworld. When the word chaos first came into English in the 1400s, this sense was the one that was first attested to.

Later, in the 1600s, there was renewed interest in the Classical authors, and that's when chaos gained its more familiar sense. Ovid, the great Roman thinker, thought of chaos as not a formless void from which all things were made, but as a formless, jumbled, disorganized mass. English speakers borrowed this meaning of chaos, then broadened it into the word we recognize today: one that denotes utter confusion or disorganization.