Taking a usage peeve to task

No one likes tasks. This is unsurprising, given that the definitions we give for this noun include “a usually assigned piece of work often to be finished within a certain time,” “subjection to adverse criticism,” and “something hard or unpleasant that has to be done.” You will rarely hear someone speak of the “lovely task” they’ve just been given. But some are not content with disliking this word based on its semantic content, and have taken additional umbrage with its use as a verb. 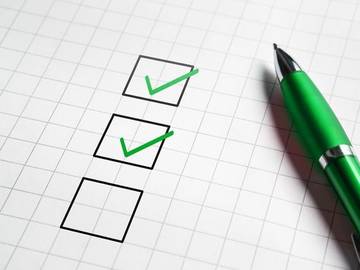 Could have sworn there was something else we had to do...

It is uncertain exactly why this distaste for the transitive verb form of task has come about. Some possibilities are that it is seen as being new, that it is business jargon, or that it frequently is found used in the passive voice. Prohibitions against the verb are rarely found in usage and style guides, and when they are encountered few seem to take them very seriously.

task is not a verb.
— Telegraph Style Book; The official guide to house style for The Daily Telegraph, (https://www.telegraph.co.uk/style-book/t/)

A unit of US special forces tasked with carrying out “decapitation” operations may be aboard a nuclear-powered submarine docked in the South Korean port of Busan, the nation’s newswire reported on Monday, citing a defence source.
— The Daily Telegraph (London, Eng.), 17 Oct. 2017

Pippa Grange, 47, is tasked with changing the culture and mindset of England teams, and increasing their “psychological resilience” to the pressure of winning critical matches.…
— The Daily Telegraph (London, Eng.), 4 Jan. 2018

Task is not a new verb. In fact, it has been verbing along since the 14th century, used with the meaning of “to assign a task to.” It also has an obsolete sense of “to impose a tax on,” and an additional current meaning of “to oppress with great labor.” The word has shown an increase in use of late, particularly in business writing (a form of English many people take great dislike to), but getting tasked with something is commonly found in military use from at least the 1960s.

The platoon is tasked to conduct a two-week platoon sweep between Hue and Danang with the objective of eliminating all enemy forces within the Hue-Danang axis, the bush country as well as Route One.
— Marine Corps Gazette, May 1970

This particular turn of phrase did not originate with the military, and may be seen on occasion in much earlier examples.

The establishment involved immense expenses, and responsibilities, and was tasked with the transmission not only of intelligence, but of immense amounts of exchanges.
— Niles’ National Register (Baltimore, MD), 19 Dec. 1846

It was impossible for me to write a line all this week, as I was on every committee which was tasked with receiving and entertaining Benjamin Harrison, President of the United States.
— The American Israelite (Cincinnati, OH), 7 May 1891

It is fine with us if you wish to avoid using the passive voice in your writing, and we also have no problem with you eschewing the use of task as a verb. But any decent peeve should have a solid foundation, and saying that task is not a verb is deficient in that regard. Perhaps you could go with the old standby of “I just hate that word.”