When it comes to correct usage, do you feel lucky?

Some usage rules have the power to annoy people when the rule is not observed; the adherents to this rule are annoyed when people do not use the word in the way they think it should be used. Other usage rules annoy the people who do not follow the rule; the rule-breakers think that people should not tell them how to use some word. And a few manage to unite these two groups in anger; both rule-followers and rule-breakers find the conduct of their counterparts objectionable. Fortuitous is an excellent example of this. 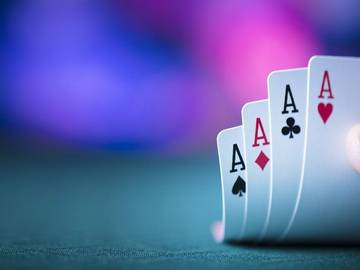 How fortunate that you get to read about this today.

For those of you who are in the ‘my-uncle-Bob-smoked-two-packs-of-fortuitous-a-day-and-lived-to-be-106’ camp, and don’t see what the problem with this word is, you should know that some people find it objectionable when fortuitous is used to mean anything but “occurring by chance.” We offer two additional definitions for fortuitous: “fortunate” or “coming or happening by a lucky chance,” and while criticism of such use is not as widespread as it once was, it still may be found in a number of usage guides and books on writing.

Fortuitous does not mean “fortunate” and fortuitously does not mean “by happy chance,” but an increasing number of speakers and writers seem to be unaware of this.
— James Cochrane, Between You and I, 2004

Fortuitous means happening by chance. It does not mean fortunate.
— The New York Times Manual of Style and Usage, 2015

Fortuitous has been in English use for over 400 years now, and initially (and for several hundred years following) had a single meaning, which was “occurring by chance.” This chance did not have to be lucky or fortunate in any way, and something that was fortuitous could be unpleasant.

See in another particular: Outward afflictions and vexations; what comforts have they? Forsooth, either they are fatall, and cannot be avoided; or else fortuitous, and therefore to be contemned.
— William Sclate, An exposition with notes upon the first Epistle to the Thessalonians, 1619

For, these things which are fortuitous, cannot be foreseene by Prouidence: & therefore not foretold. Who can foretell, that at such a time, such a man shall haue a fall?
— Martin Fotherby, Atheomastix clearing foure truthes, against atheists and infidels, 1622

The fift are such as their ends are fortuitous or casuall; as, Playing, hunting, following of a prisoner, buying, selling, putting out mony to vsury.
— William Ingpen, The secrets of numbers according to theologicall, arithmeticall, geometricall and harmonicall computation, 1624

In the early 20th century people began to use fortuitous in a new manner, which is “happening by a happy chance” (kind of an ‘accidental, but with a soupçon of happiness thrown in’ sort of meaning). Shortly after this the word began to be used to simply mean “fortunate.” Fortuitous and fortunate do share some of their origins; both words may be traced back to the Latin fors, meaning “chance.” It is thought that the initial similarity in spelling that these two words share, combined with the fact that fortuitous and felicitous (“pleasant, delightful”) share an ending, caused people to assign new meaning to fortuitous.

But if these new senses of the word were formed in error, and a number of scolding language books continue to assert that the “fortunate” meanings are wrong, why is it that we define the word thusly? The first reason is that ‘people getting things wrong’ is just one of the many ways that language changes; if we were to refuse to enter all the words which took on new meaning by people mistaking them with some other word our dictionary would be considerably smaller. Another reason is that people have been using fortuitous to mean both “happening by a lucky chance” and “fortunate” for a number of decades now, and these senses have become part of our language. Our job is to record that language, and as evidence of current use of fortuitous being used to mean something other than “occurring by chance” we can turn to The New York Times, a publication whose writers seem happily unconcerned by their own stylebook’s dictum on this word.

It had been one of the most fortuitous marriages in recent college sports: a proud power brought low by a memorabilia scandal, matched with a brilliant native son in need of a change of scenery.
— Marc Tracy, The New York Times, 4 Dec. 2018

Her timing has been fortuitous. In 2012, when Ms. Blank began selling plants out of her apartment, Pinterest and Instagram were just two years old.
— Penelope Green, The New York Times, 8 Nov. 2018

Theirs was a fortuitous match, a long-running duet. “How delightfully you write!” he wrote to her. “Darling, I love you for your literary skill. That is reason 27 I think or more.”
— Dwight Garner, The New York Times, 1 Oct. 2018