What's the Non-Issue with 'Astronomical'?

Its figurative use is rarely complained about. What gives?

One of the ways that the English language likes to keep its speakers on their toes is through the application of a large number of arbitrary and capricious usage rules. We feel comfortable with pronouns not needing an apostrophe in the genitive case (“his voice was more annoying than hers”), except when they do (“his voice made her think of the joy of having a room of one’s own”). Many people take umbrage with certain adverbs that are used to modify whole sentences (“Hopefully you’ll stop giving us advice on language”), while feeling entirely comfortable with other adverbs functioning the same way (“Surely you are not suggesting using hopefully in a non-disjunctive role?!?!”)

In a similar vein we have noticed that some folk get all het up when a word with a proper and specific meaning goes and adds another meaning. Except when they don’t. And, as it turns out, we seem to not care about words changing their meaning most of the time. For every bundle of semantic-drift-and-itchiness like decimate or enormity there are dozens of words like astronomical. 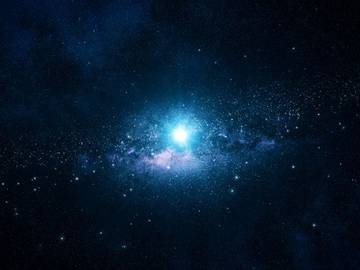 Pictured: the void 'decimate' stares into when it contemplates its fate

Astronomical would seem to be a fine candidate for a word that gets under people’s skin. It was born in the middle of the 16th century, and for several hundred years largely restricted its meaning to “of or relating to astronomy” (and astronomy, for those who are too busy to click hyperlinks, is “the study of objects and matter outside the earth's atmosphere and of their physical and chemical properties”). Then, in the late 18th century, astronomical decided to go and add another meaning: “enormously or inconceivably large or great.”

The iron horse only pauses to slake his thirst in our great valley before he breasts the Sierra Nevada, and neighs at night at his manger on the broad waters of the Pacific. He has accomplished a distance of 3585 miles; more than double the astronomical length of the Mississippi Valley.
— The Times-Picayune (New Orleans, LA), 3 Feb. 1872

If anybody will be at the trouble to count the number of prints in the whole five-and-twenty volumes, he will find that the gross total of the operations required amounts to a figure of almost astronomical magnitude.
— The Pall Mall Gazette (London, Eng.), 8 Apr. 1881

Up to April 1, as a result of the Ruhr trouble, Germany increased her floating debt up to the astronomical sum of five trillion marks.
— The Boston Globe, 14 May 1923

Hence the erection, immediately upon the cessation of gunfire in 1918, of a claim upon Germany in figures of astronomical size.
— The Cincinnati Enquirer (Cincinnati, OH), 21 Jul. 1929

The figurative sense of astronomical was fairly rare until the 1930s, at which point it began to see considerably more use. And even though this was a new sense added onto a long-standing singular meaning (astronomical had not had very much semantic change in the 16th, 17th, and 18th centuries) and the new meaning was somewhat superfluous (English already had many synonyms for “large”) it hasn’t ruffled many feathers. There were a few usage guides which called for avoiding this new meaning of astronomical, or suggested that it be reserved for describing large distance (as Wilson Follett did in 1966), but for the most part the new meaning was quickly accepted and thought of as standard English.

We may hear that the English language is in decline, or that the precious meaning of some word is in danger of being lost forever, due to the linguistic iniquity of youth/journalists/sportswriters/etc. Or we may feel that we are constantly being corrected by self-appointed guardians of the language, scolds who are eager to monitor each and every small change in English. But neither of these things are true; our language is not in decline (we all appear to understand each other as well now as we always have), and it furthermore is a remarkably flexible and forgiving language, allowing astronomical variation in meaning.