As Marijuana Goes Mainstream, So Does Its Slang

In February, Alaska became the third state to allow recreational use of marijuana, and over twenty states (and Washington, D.C.) have legalized marijuana for use in treating medical conditions. As possession of the drug continues to become less and less of a crime (though at this point it remains so under federal law), we can expect formerly slangy or edgy words about it to become more and more common. 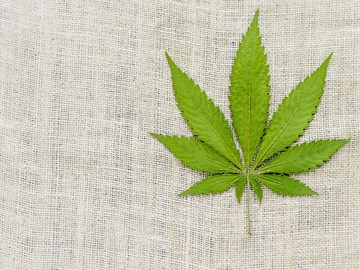 Budtender, meaning a shop clerk who provides bartender-like guidance about different strains of pot as well as providing the pot itself, looks like it's on such a trajectory. The word is from bud (in its slang use meaning "marijuana") and the -tender part of the word bartender. The verb budtend (to work as a "budtender") is also in use. As word maven Jesse Sheidlower put it in an e-mail to The New York Times, "the very fast and very recent changes in its legal status have made it more acceptable to discuss openly, in a serious way, in the mainstream."

Budtender was a candidate for the American Dialect Society's 2014 Word of the Year in the category of "most useful," but it's not a new word. Our earliest evidence in a preliminary search is from a January 1997 article in the San Jose Mercury News, shortly after marijuana became legally available in California.

A much more recent example is from a New York Times article about budtenders helping pot-loving couples headed to the altar: they wanted to find the perfect marijuana to include in centerpieces, bouquets, and even dinner salads. So for at least a few newlyweds, budgeting for a budtender's product was as much a part of the wedding planning as getting a cake and flowers. True, that doesn't quite make it as mainstream as a line of bridesmaids doing the Electric Slide, but it could happen.