It's a natural question

While both buck naked and butt naked are used to describe someone who is fully nude, buck naked is the older of the pair. Butt naked is much newer and likely sees use because of butt having a long history of referring to a person's buttocks.

From time to time our dictionary must put aside childish things, leaving off the crowd-pleasing aspects of lexicography (such as establishing the precise moment at which the past participle form of a verb completes its functional shift and may properly be described as an adjective), in order to focus on the unglamorous, but necessary, aspects of word-wrangling.

So. When describing a person in a state of utter undress, should one use buck naked or butt naked? 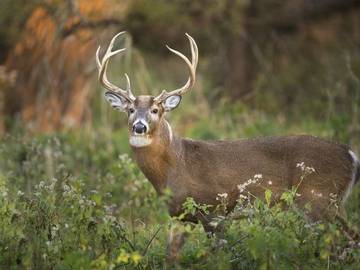 Look into the origin of which word to put before naked and you will find more schools of thought than you would at a joint conference of Digital Humanities and American Studies. Well, not really, but there are several theories. Some think that the original was butt, based on that word having been used to refer to a person’s buttocks since the 17th century, and that buck was a euphemism. Others feel that the buck referred to buckskin (the skin of a male deer, an animal often found in a nude state), or that it came from the word’s sense meaning “a male American Indian or African-American” (this sense of buck is considered offensive).

We define both buck naked and butt naked as “completely naked,” and give each as a synonym of the other in the definition. Butt naked is considerably newer, however; our earliest evidence of it is from the late 1960s, and the word did not gain much currency until the 1970s.

If George T. Smith jumped out of a helicopter over Five Points, butt naked, you might get a little story on page 9.
— Hal Gulliver, The Atlanta Constitution, 3 Aug. 1970

Geechees are not that part of the civilian population who admire the emperor’s blue serge suit when in fact the emperor is butt-naked.
— Verta Mae Grosvenor, Redbook (New York, NY), Apr. 1973

When the Southern born mother was telling a neighbor about the incident a friend of Willie overheard the conversation which went something like this: “Girl, dat Willie is somethin’ else runnin; around the yawd butt-naked with that little gal up da street.”
— Ron Suber, Pittsburgh Courier, 24 Apr. 1976

Our earliest recorded use of buck naked comes some four decades before that of butt naked. None of the citations we have from the teens or twenties appear to support the etymological theories above.

Minnie Smith heard the commotion in the house and ran out of her room, and according to offices, buck naked.
— The Dothan Eagle (Dothan, AL), 9 Jan. 1922

I never knew a dog could shed as much hair as that dog shedded on my suit and not be left buck naked, but after that canine got up, he still seemed to have nearly as much hair on him as I had on my suit.
— The Index-Journal (Greenwood, SC), 12 Apr. 1928

Both buck naked and butt naked are of an informal variety of English; you are unlikely to have cause to use either in writing for school, or most types of work. Buck is the older of the twain, but, given the linguistic register in which such words are typically found you should really just choose the one that brings you the most joy.