On ‘Brisk’ and ‘Brusque’

We won’t be short about it.

Like many such pairs, the adjectives brisk and brusque sound similar and have some overlap, which can lead to them being confused.

Brisk is a versatile adjective. It can describe things that are fresh and invigorating (“a brisk cold shower”); that have a sharp and pleasant taste (“a wine’s brisk acidity”); that occur at a rapid or energetic pace (“went for a brisk walk”); (“did a brisk business”). There is a sense of energy and alertness to brisk; it’s a word that keeps you awake. 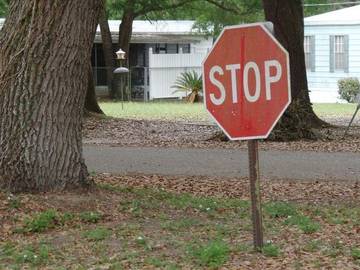 We'll end this piece exactly when we need to.

When used to describe one’s manner of behavior or speech, brisk can have a connotation of shortness, sharpness, or impoliteness, but more often connotes a kind of businesslike manner that eliminates niceties:

Instead a quite different voice, a brisk female one, was calling. "First years line up over here, please! All first years to me!"
— J. K. Rowling, Harry Potter and the Order of the Phoenix, 2003

He looked sober in spite of his humming, till he went to the window to turn the hyacinth bulbs toward the sun, and stroke the cat, who received him like an old friend. Then he smiled, and when a tap came at the door, called out in a loud, brisk tone, "Herein!"
— Louisa May Alcott, Little Women, 1868

Wyman, long the voice of Dorsey's novels, delivers an array of accents. Some are a little broad, but high-as-a-kite Coleman sounds a delightful idiot, and Serge, with his reedy voice and brisk tone, comes across as both brilliant and impatient.
— Rochelle O'Gorman, The Los Angeles Times, 25 Mar. 2018

Brusque carries a meaning that shares a lot with this last sense of brisk. (In fact, it is believed that brisk might be a modification of the Middle French brusque). Brusque was borrowed into English from in the 1600s, but the French borrowed it from Italian, where it was spelled brusco and meant "tart."

The Italian term came from bruscus, the Medieval Latin name for butcher's-broom, a shrub whose bristly twigs were used to make brooms.

Brusque has two definitions in the dictionary: "markedly short and abrupt” and “blunt in manner or speech often to the point of ungracious harshness.” The first of these describes a manner of speaking (“gave a brusque reply”), while the second describes the person doing the speaking or behaving (“was brusque with the customers”). The word carries the sense of being short and quick to the point of rudeness:

Someone who used to report to me told me that pitching ideas to me was scary because I could be dismissive. I took her comments to heart. Now I let coworkers know up front that if I seem brusque, it's not because I'm angry, it's just because I don't sugarcoat.
— Amy Odell, Cosmopolitan, December 2013

His brusque and abrasive personal style, as well as his determination to concentrate more power in the president's office, have alienated others.
— Stephan Thernstrom, National Review, 11 Apr. 2005

In any case, Russ wrote, New York day to day had much to recommend it. The people were brusque but that was because there were so many of them on one small island. Sharp elbows were obligatory, and so the city was off-putting if you were used to the more relaxed European environment.
— Ward Just, Forgetfulness, 2006

The notion of discomfort with the material used to make brooms also turns up in the verb bristle, which can mean “make aggressive or angry” or “to take on an aggressively defensive attitude (as in response to a slight or criticism).”

Sometimes brusque turns up in passages that suggest a connotation of quickness or movement that might be more suitable for brisk, even though it still implies the abruptness or lack of pleasantry that is reserved for brusque:

The bristling Australian, perhaps the greatest female marathon swimmer ever, and the chutzpah-slinging New Yorker make an odd but daunting team. They work with brusque efficiency, Schnarr haggling with their boat driver at the water's edge while Taylor-Smith flakes off alone to the end of the beach to gather emotional forces for the day. When a photographer asks to take Taylor-Smith's picture, she angrily waves him off.
— John Brant, Outside, May 1994

Yet with a few brusque strokes, the novice minister solved the riddle that had stymied European diplomacy for two generations: how to unify Germany and reorganize Central Europe.
— Henry A. Kissinger, The New York Times Book Review, 3 Apr. 2011

When he came home from Amsterdam to the London hospital, there was a strike on, the surgeons wore smeared gowns, and the ancillary staff were brusque and sloppy.
— Antonia Byatt, The New Yorker, 12 Jan. 1987