We're Down With You Being—or Your Being?—a Square

Fun with grammar: the possessive, or not, before an -ing word

Are you afraid that your love of grammar makes you a square? Don't worry, but do pick one:

A. Your love of grammar has nothing to do with your being a square.

B. Your love of grammar has nothing to do with you being a square.

Which one did you pick, "your being a square" or "you being a square"? Or did they both seem fine? It's OK, we love you no matter what, and we're going to tell you everything you need to know about both options. (We should also note that we here at Merriam-Webster think grammar-loving squares are about the coolest cats around. <3) 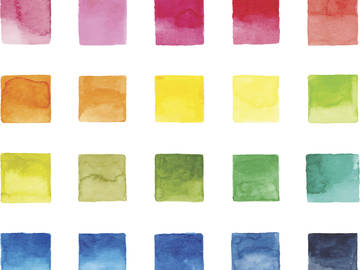 The difference between "your being a square" and "you being a square" is, of course, that the pronoun is the possessive pronoun your in one and the personal pronoun you in the other. Other than that, though, the sentences basically mean the same thing, which is strange. These kinds of pronouns aren't typically interchangeable; "That black beret is hers" doesn't mean the same thing as "That black beret is her."

So what is it about "your being a square" and "you being a square"? It's the being. Being here is most commonly understood to be functioning as a gerund, which means it's dressed up like the -ing form of a verb—aka the present participle—but functioning like a noun. As nouns, gerunds can do all the things nouns do, like be the subject of a sentence, as in "Snapping is cool," or the object of a preposition, as in "I'm very good at snapping." In addition to being subjects and objects, gerunds can also do that very noun-like thing in which they get (grammatically, not spiritually) possessed. Possession in grammar is about ownership or a relationship that is analogous to ownership. In English we often show it with 's (Mabel's beret, the coolest cat's beret), but we can also do it with a possessive pronoun or a possessive adjective (the beret is hers, her beret). If being in "being a square" is a gerund, then the possessive your makes sense. But is it necessary? Let's look at a new example:

Grammarians over the centuries have been divided on which version of this sentence is better. If wearing is a noun in the phrase, as it's typically understood to be, what comes before it should be something that goes nicely with a noun—like an adjective or a possessive pronoun. Some 18th-century grammarians thought the possessive was absolutely wrong, while others (including Noah Webster) thought the possessive was absolutely right. Noah et al. have come out on top in the 21st century; the advice you're likely to come across these days favors the possessive, so "Mabel doesn't approve of your wearing her beret." But you'll also see examples aplenty in otherwise unimpeachable writing of sentences like "Mabel doesn't approve of you wearing her beret." This has been true for centuries: good writers use both constructions, and often in close proximity.

And the matter gets a bit more complex in certain situations. Note the following:

Mabel appreciated them buying her a beret.

Mabel appreciated their buying her a beret.

Sometimes the difference in meaning is even more stark. Check out this pair:

With such differences in meaning it hardly seems beneficial to prescribe that people always choose the possessive in such cases.

But grammatically, what's going on? Since we're already this deep, we may as well continue a little further. In those instances where there is no possessive, we're probably not actually dealing with a gerund at all. Let's look at a new set of sentences:

Here's a photo of you wearing my cat Mabel's beret.

*Here's a photo of your wearing my cat Mabel's beret.

Nope, we can't do that second one; it's a construction no native speaker would ever use. And yet in it we have the possessive pronoun most often recommended. Note, though, that we can say the following:

Your wearing my cat's beret is outrageous.

What does all this mean for you? Well, if you're a native speaker of English, it means that you should use whichever construction sounds right to you. In situations in which either sounds fine, you may want to choose the possessive since that's the one currently favored by the grammarian types. If you're not a native speaker you should know that the possessive is favored but that when you want to put emphasis on the "who" instead of what the "who" is doing you may in fact want the non-possessive. And if you made it all the way through this article, you should know that we think you're one of the coolest cats around.

Note: Some preliminary research by linguist Mark Liberman suggests that the possessive before -ing form is losing ground generally. We haven't done the research to confirm his findings, but found his post at Language Log compelling and the comments that followed it useful in thinking through this analysis.