The phrase has been around for a while, but recently acquired a more positive meaning

The International Academy of Digital Arts and Sciences has added a new category to its highly coveted Webby Awards: The Break the Internet Award.

That's right. After 20 years of "honoring the best of the Internet," the folks behind the Webbys have decided that breaking the Internet is also a thing that deserves honoring. 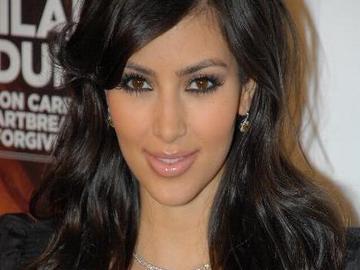 Kim Kardashian West is the winner of the first Webby Award for 'breaking the Internet." The phrase used to mean "causing it to no longer function," but now it has more to do with dominating the conversation in the most well-populated corners of the Internet, especially at the expense of more newsworthy topics.

But what does it actually mean to break the Internet? For the Webby Awards, it means showing oneself to be "a person with an undeniable talent and natural ability to use the Internet to create buzz, engage with fans and communities, and get the world to pay attention." This year, that's Kim Kardashian West.

Ms. West was also in the news for breaking the Internet in late 2014 when Paper Magazine featured her with the headline "Break the Internet" for its Winter issue. But the phrase break the Internet had a long life before any association with the reality television star.

The earliest example we've found in our preliminary research shows the phrase used to refer to something unlikely to win anyone an award. In this context—the article is about training managers to use a still-nascent Internet—"breaking the Internet" is about causing it to no longer function:

Learning to use Netscape Navigator or Microsoft's Internet Explorer, the browsers du jour, takes most people just a few days. The best advice is to experiment and explore. Click on everything including graphics, buttons, and links, to see where they lead. Don't be afraid to get lost, and don't worry about making mistakes. "You can't break the Internet," says Warren Shaver, project manager for ASTD Online Services. And you can't really get lost while surfing. All you have to do is hit the back or home button on your browser, and you'll return to a familiar location.
—Sacha Cohen, John Makulowich, Warren Shaver, Training & Development, 1 Dec. 1996

(Pardon us while we take a break to giggle at the idea of it taking days to learn to use Navigator and Explorer, and about the assurance that clicking on anything and everything is sound advice.)

It's not until five years later that we see another, slightly different use of the phrase, this time from a 2001 issue of Time Out:

Well furnished Dahlings, don't all rush on at once as you might break the internet, but The Conran Shop has a new website!

Here, the meaning has to do with overwhelming the Internet system by having too many excited users direct too much traffic to a particular website. Around the same time, this kind of overwhelming was also a concern when it was the product of mischievous, or downright criminal, activity:

Last week, someone tried to break the Internet.... This is one of the oldest tricks in the book as far as the Internet is concerned, and one of the easiest ways of bringing a web server to its knees. The idea is simple enough: you take control of one or more computers connected to the Internet (the more, the better) and use them to send vast amounts of requests for data to the target victim computer. That victim is soon overwhelmed with incoming messages and inevitably crashes under the strain.
—Tom Fleming, The Birmingham Post, 29 Oct. 2002

Also in the same time period, we find break the Internet being used to refer to efforts to protect the Internet having the unwanted effect of making it unusable:

But [Jonathon Plonka, vice president of Internet protocol engineering at GlobalCenter] added that there's a delicate balance between preventing attacks and keeping networks open for traffic. "If you have to stop every person who's going through a door, the line's going to move a lot slower," Plonka said. "Sometimes you can break things by fixing them. We don't want to slow down the Internet, and we don't want to break the Internet."
—Henry Norr and Benny Evangelista, The San Francisco Chronicle, 11 Feb. 2000

Or to changing it fundamentally:

If you want to control what people are doing on the Internet, you have to either break the Internet or create a system where everyone is monitored all the time," says Fred von Lohmann, senior staff attorney at the Electronic Frontier Foundation, a civil-liberties organization.
—Warren Cohen, Rolling Stone, 17 Apr. 2002

In more recent years, though, breaking the Internet has had to do with dominating the conversation in the most well-populated corners of the Internet, especially at the expense of more newsworthy topics. Charlotte Alter discussed the term and catalogued a number such qualifying events in Time in 2014. It's a broader meaning than the one that is attached to the honor Ms. West is receiving, and it's the one that's piqued our interest. We'll be watching, though, to see just how the Internet gets broken going forward.