Mind the gap and hold on to your butts

Breech is a noun referring to the rear of a gun or the rear, or buttocks, of a person. Most people are familiar with "breeches" meaning "pants." Breach on the other hand means "a break or violation" such as a "breach of conduct" or a "breach in a dam." The most common switch up occur in the phrase "into/unto the breach."

One of our intrepid editors recently stumbled upon an article from 2011 which argued that the Democrats needed a fiery female leader. The article claimed that the American political left in 2011 lacked a strong progressive voice, and then went on to say, "This is exactly the breech into which progressive women should step." 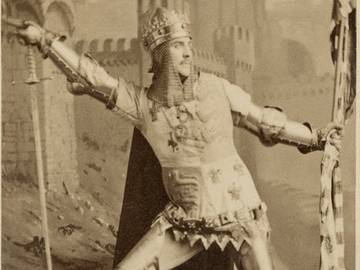 Did you hear that record scratch, too? The issue is not with the use of progressive, but of breech, which in its singular form refers either to the rear part of a gun or the (ahem) rear part of a person. You're likely more familiar with the plural breeches, which refer to pants.

The word wanted here is one often confused with breech: breach. Breach refers to a break or violation of some sort: a breach of law, a breach in the dam, a breach of conduct.

Attempted the breche or violacion of the same statutes.
— Acts of Parliament, 1533-34

How Often Are They Confused?

And while some usage commentators claim that misuse of breech and breach is widespread, our evidence shows that breach (break, violation) is rarely mistaken for breech (butt-end). There is no evidence in our files of breach births or babies in breach presentation. We do see some occasional misuse of breech for breach, however, and particularly in more abstract phrases like breach of contract. But the misuse is relatively small: in one of our databases, breech of contract has a literal handful of uses, and in another, it accounts for 1% of all the citations for breech/breach of contract.

Much more common is the mistake that kicked off this article: into the breech. But even that is relative—according to our evidence, the mistaken phrase makes up 10% of the total number of citations for into the breech/breach.

That doesn't mean that this is a non-issue. It's more likely that the confusion between breech and breach is a more recent problem that is only now revealing its head. It's easy enough to head confusion off at the pass, however. Remember that breech is almost always used of physical situations, not metaphorical ones: a breech birth, the breech of a rifle, the baby's breech presentation, a pair of breeches. Breach is used of more metaphorical situations: a breach of contract, moving into the breach, the law being breached. If that's still too abstract, perhaps rely on the mnemonic that to heal a breach requires a reach across something.

Breech refers either to pants or to the hind end of things (buttocks, the rear of a firearm). Breach is a violation of something (such as a contract) or a split or gap (as in "once more unto the breach").