The word was only sometimes literal.

The English language has a good number of compounds (“a word consisting of components that are words”), words such as spoilsport, killjoy, and asshead. For the most part the meaning of these words is easy to decipher, so long as one had a rudimentary grasp of the meanings of each of their constituent parts: a killjoy is one who is harmful to your enjoyment, a spoilsport is a person who ruins your fun, and an asshead is … well, this one is a bit metaphorical, relative to the others.

It turns out that teasing out the meaning and history of some compounds is trickier than others, when the words involved are being used in a non-literal fashion. Brainwashing gives us a splendid example of this. 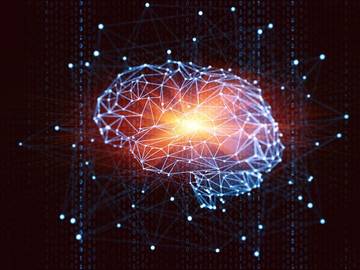 The word began being used in non-political contexts in the mid-1950s.

On the face of things this word should simply carry the meaning of “cleaning of the brain,” rather than its modern sense of “a forcible indoctrination to induce someone to give up basic political, social, or religious beliefs and attitudes and to accept contrasting regimented ideas.” It used to, sort of.

He could begin with brain washing. Every brain, male or female, needs a good cleaning every now and then.
— The Manhattan Mercury (Manhattan, KS), 18 Jan. 1934

The most dramatic part of the exhibit is a motion picture of a boy cured completely in four days of St. Vitus dance, which at the start of treatment made him unable to talk. One arm was paralyzed and the rest of his body twisting and twitching. Two brain washings effected the cure.
— The Montgomery Advertiser (Montgomery, AL), 10 Jun. 1935

In the early 20th century brains would sometimes be washed, generally as part of a cure for an illness. It does not appear to have been common enough that brain-washing became a fixed part of our language. Until 1950, when we imported a new sense of the word from Chinese (taken from xǐ nǎo, which in the Beijing dialect means “brain” and “wash”), and suddenly the word was all over the newspapers.

This is what Chinese papers graphically term “washing one’s brains,” or “laying one’s heart on the table.” There was a case of a school teacher in a small town between Shanghai and Nanking who was summoned to a “brain-wash” before a large audience, partly consisting of his pupils. When asked to speak he confessed his sins for some ten minutes, and then stopped for lack of more ideas. He was begged not to be so brief. And was then forced to go over his mea culpa for some two hours.
— The Times of India (Mumbai, Ind.), 23 Jan. 1950

The initial reports of brainwashing appear to be similar to the process described above, in which a person is forced to renounce their beliefs repeatedly, over a period of many hours. But the word quickly spread in meaning to include any of a variety of methods of indoctrinating beliefs contrary to those held previously.

In totalitarian countries the term “brainwashing” has been coined to describe what happens when resistance fighters are transformed into meek collaborators.
— The New York Times, 11 Mar. 1951

Kwangsi University, one of the largest institutions of its kind in Southwest China, is being “brain washed” to wipe out “capitalistic beliefs detrimental to the best interests of the students.”
— Omaha World-Herald (Omaha, NE), 8 Jun. 1952

And while the word was applied almost exclusively to totalitarian regimes in the early 1950s it proved to be far too useful for such semantic restrictions. By the middle of that decade brainwash was being used to describe things of a non-political nature, and by the end of the decade was applied to consumers duped into purchasing things they didn’t need.

American children have been brainwashed into worshipping Davy Crockett, who was a “juvenile delinquent who ran away from home,” Harper’s Magazine said today.
– The Washington Post and Times Herald (Washington DC), 1 Jul. 1955

We were brainwashed into buying these WEAREVER TRIPLE PAN INSERTS that will make any pan into three. Look the other way and snatch up a few for kicks. Gilded they’d make charming fruit baskets, and grandpa would love a few to hide his false teeth in around the house.
— Albany Democrat-Herald (Albany, OR), 19 Aug. 1959

This extended sense (“persuasion by propaganda or salesmanship”) is now commonly found, along with the “forced indoctrination” sense. The “scrubbing a brain with saline solution,” despite clearly having been used first, has so far failed to capture the public’s interest. Because the English language, much like life, just isn't fair.