Bothsidesing refers to the media or public figures giving credence to the other side of a cause, action, or idea to seem fair or only for the sake of argument when the credibility of that side may be unmerited. The term is also used to describe public figures equivocating about a seemingly condemnable action saying that people on both sides are equally responsible for that action.

There are two sides to every story, or so we are told. Two people in an argument aren’t going to see an issue the same way. And people on different ends of the political spectrum are going to have different opinions about the events that take place in the news.

Getting more than one point of view to the story is part and parcel of journalism, but sometimes that means taking pains to look for a second angle to a subject merely for the sake of argument. And that is how we have come to see use of bothsidesing. 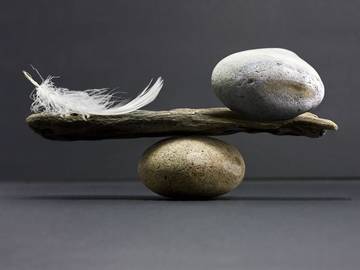 'Bothsidesing' is thought to have much in common with 'whataboutism.'

The state of our nation and the state of our president have all but passed the point of rescue, but the press, in misguided pursuit of objectivity and led by the New York Times, still “bothsides” its coverage. Make no mistake: This too is bias, and though it’s not nearly as corrosive to democracy as the Trump administration, it distorts and accelerates that corrosion—all in the name of neutrality, no less.
— Roger Sollenberger, Paste, 27 Dec. 2018

Conservatives who spent decades railing against Kennedy, calling him a murderer and a scoundrel and screaming about the left's silence, are right to be annoyed by the bothsidesing of this event.
— Sonny Bunch, The Washington Post, 19 Apr. 2018

By giving credence to the other side, the media gives an impression of being fair to its subject, but in doing so often provides credibility to an idea that most might view as unmerited.

What really makes this the Tapper Moment, though, is not his growing fame and viral interviews. It's the breadth of the respect he's earned, and how he's wielding it in the age of Trump. Because while he's tough on conservatives and liberals alike, he doesn't engage in bothsidesism. As Tapper said to Maher, "I've never really seen this level of falsehood, just quantitatively."
— Graham Vyse, The New Republic, 9 Mar. 2018

It’s not just the media that gets accused of bothsidesing. The term also arises whenever a public official—or anyone with a large listening audience—equivocates about a seemingly condemnable action by saying that the people on either side of that action are equally responsible for it having taken place. Bothsidesing happens prominently during times of mass protest—as protests are met with counterprotests and violent clashes erupt, turning to bothsidesism prevents one from explicitly identifying which is in the wrong, thereby avoiding any incisive comment on the discord that led to the protests in the first place.

My god, the president of the United States just bothsidesed Russia's criminal behavior.

Calling this action bothsidesing might be a deliberate echo of Trump’s own language. In August 2017 he responded to the Unite the Right rally in Charlottesville, Virginia, saying that there were “very fine people on both sides” at the rally, language that was viewed by many as a deliberate attempt to avoid singling out white supremacist activity.

It’s probably not a coincidence that use of the term has increased in the months since Trump uttered the line—much of it on Twitter, sometimes as a hashtag.

Bothsidesing has a lot in common with whataboutism—the rhetorical tactic of defending against an accusation by alerting others to a different accusation against an opponent. Both tactics rely on making false equivalences. While whataboutism comes with an element of diversion—look at what the guy over there did—bothsidesing tries to minimize what would often be deemed objectionable by heightening actions of other groups so that they will be deemed comparably objectionable.

Some might argue that bothsidesing exposes a paradox about journalism: that sometimes, when both sides are treated fairly and equally, neither ends up shown in a true light.