A term from the blood sport of politics.

The phrase bleeding heart is used to describe one who shows excessive sympathy for another's misfortune and is historically thrown as an insult toward more liberal politicians. Before this use, the term appears in literature describing sincere emotional outpouring, even taking on a literal association with the heart of Jesus Christ. Conservative journalist Westbrook Pegler is largely responsible for bleeding heart being used disparagingly, with his criticisms of FDR. 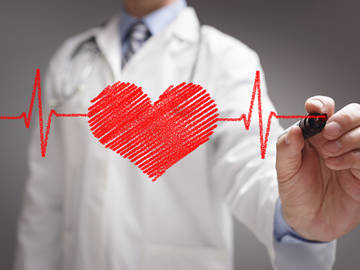 The term bleeding heart shows up in political writing as a derogatory term for someone who expresses excessive sympathy for another’s unfortunate situation. Perhaps not as common as it used to be, the phrase is historically lobbed more frequently at those whose politics are of the liberal persuasion.

The campaign's second element has been to promulgate stories about small businesses and farmers driven out of business by estate taxes. This seems to have struck a chord with some of the congressional bleeding hearts.
— The New Republic, 19 June 2000

The most contentious figure in the C-Span sample is Rush Limbaugh, whose baiting of bleeding hearts weekday mornings over WABC-AM in New York is syndicated to some four million listeners. He directs his shafts against advocates of such causes as abortion rights, environmental protection, uncensored art, the homeless, victims of AIDS and animal rights.
— Walter Goodman, The New York Times, 29 July 1990

It turns up frequently as an adjective:

Burly, bearded and gleefully obscene, Dan de Vaul does not look the part of the bleeding-heart homeless advocate, sporting as he does a feather-topped cowboy hat, a large collection of guns and a bushel of hoary wisecracks.
— Jesse McKinley, The New York Times, 12 Jan. 2010

Early Use of 'Bleeding Heart'

Before bleeding heart was ever an established phrase, the notion of hearts bleeding as a sincere emotional outpouring was a common one in art and literature. Geoffrey Chaucer employed the image in his epic 14th-century poem Troilus and Criseyde:

That nevere of hym she wolde han taken hede,
For which hym thoughte he felte his herte blede

In later centuries, bleeding heart developed a literal association in religious writing and iconography, specifically used for the image of the heart of Jesus Christ. It likewise followed in religious oratory and writings that made reference to Jesus’s lamentations on behalf of the poor, the sick, or the struggling.

In other literature, the term was used more broadly as a sincere evocation or pain or heartache, not necessarily on behalf of another:

Upon the whole, I mourned thus for her for above a month; but finding Amy still come not near me, and that I must put my affairs in a posture that I might go to Holland, I opened all my affairs to my dear trusty friend the Quaker, and placed her, in matters of trust, in the room of Amy; and with a heavy, bleeding heart for my poor girl, I embarked with my spouse, and all our equipage and goods, on board another Holland's trader, not a packet-boat, and went over to Holland, where I arrived, as I have said.
— Daniel Defoe, The Fortunate Mistress, 1724

The plant called the bleeding heart was first known by that name in the late 17th century. Most plants bearing the name belong to the genus Dicentra, but the one most commonly called a bleeding heart has racemes of usually pink or white heart-shaped flowers that droop.

There she built her nest, ironed shirts, potted bleeding hearts, played with her cat, and birthed Louis Junior.
— Toni Morrison, The Bluest Eye, 1970

The first half of the 20th century saw increased use of bleeding heart as a term of disparagement. One of the most prominent writers to seize onto the phrase was an American newspaper journalist named Westbrook Pegler. Pegler became a vocal critic of Franklin Roosevelt’s New Deal policies and particularly the administration’s support for organized labor. In a 1938 column he took on the subject of lynching, which he treated as an issue of light consequence due to its relatively infrequent occurrence. At the time, Pegler criticized debate surrounding anti-lynching laws as “time-killing,” regarding lynching as a concern of local governments and not one addressed effectively at the national level. “I question the humanitarianism of any professional or semi-pro bleeding heart who clamors that not a single person must be allowed to hunger, but would stall the entire legislative program in a fight to ham through a law intended, at the most optimistic figure, to save 14 lives a year,” he wrote.

As Pegler’s views became more conservative, he continued to employ bleeding heart as a term of derision throughout the FDR and Truman administrations. The term was picked up by Senator Joe McCarthy, known for leading crusades to identify and remove suspected Communists from within government ranks, particularly in his attacks on CBS newsman Edward R. Murrow, with whom he sparred.

Bleeding heart found a comfortable home in conservative rhetoric, as it simultaneously accused ideological opponents of being both driven by emotion (often for unjust causes) and often weighted by hypocrisy (since some causes drew more concern than others). It appeared in speeches by Richard Nixon and Ronald Reagan, though in some instances it was worn as a term of pride on both sides of the aisle. A 2015 biography of the late Congressman Jack Kemp was subtitled “The Bleeding-Heart Conservative Who Changed America.” By then bleeding heart had become watered down as a term of criticism, especially as stronger language found its way into internet-based political discourse.