An old name for 'leap day'

A leap year is a year that has an extra day—366 days, with February 29 as the extra day. It has another name in English: bissextile year (and leap day is also known as bissextile day). 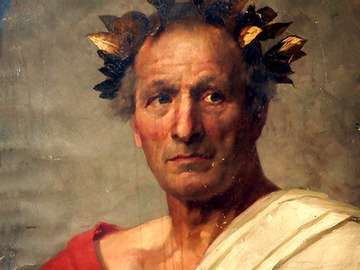 Julius Caesar created the Julian calendar, which replaced the extra month with an extra day in February. 'Bissextile day' comes from the Latin 'bissextus' and means the "second sixth day" or "double sixth day."

Why the two names?

In the original ten-month Roman calendar, days that marked the position of the moon were named: the calends was the first day of the month, or new moon, and the ides was the middle of the month, or full moon. An extra month was added every few years to ensure that agricultural festivals and holidays remained at the appropriate time of year. Julius Caesar created the Julian calendar, which added days to each month throughout the year and replaced the extra month with an extra day—a leap day. Because the Romans referred to dates according to their relationship with the named days, the sixth day before the first day of March was called diem sextum Kalendas Martias ("the sixth day before the calends of March").

The extra day fell on February 24 (when the former extra month was added) and was therefore called the bissextile day or bissextus, “second sixth day” or “double sixth day.” In Latin bis means “twice” and sextus means “sixth.” The word bissext was also used in English to refer to leap day. Days inserted into the calendar are called intercalary days.