During the Democratic debate on Dec. 19, 2015, Hillary Clinton was late in returning to the stage after a commercial break. When questioned later, her campaign explained that she had been detained by a long walk to and from the restroom. She was, it turns out, taking a bio break. 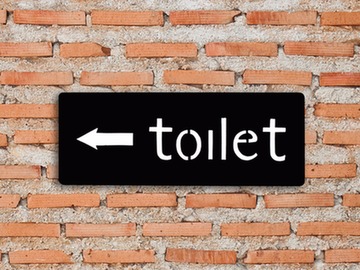 Bio break is a word that dates back to the mid-1990s. Wired reported in 1994 that it was "techie slang for using the bathroom," and while it's become common in some business settings, it's still emerging among general users. We have seen a gradual uptick in its use in recent years.

Bio break is a shortening of biological break and one of many euphemisms in English for using the restroom—though bio break sounds much more clinical than other euphemisms like "powder your nose" and "see a man about a dog (or horse)."