There are rules, but who's listening?

Awhile is an adverb that means "for a while," whereas "while" is a noun meaning "a period of time." Generally, the two-word form "a while" should be used when following a preposition ("I will read for a while"), or with the words ago or back ("a while ago/back"). Awhile should be used to modify a verb ("I will wait awhile") and can usually replace any usage of "for a while."

The word awhile is an adverb meaning "for a while." The two-word expression a while is the article a plus the noun while, which means "a period of time" (as in "stay here for a while") or "the time and effort used" (as in "worth your while"). 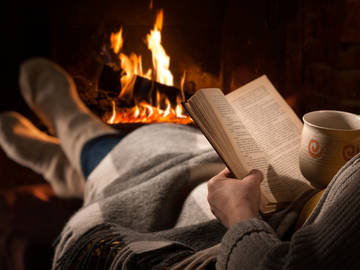 Loose Rules for Awhile vs A While

Most grammarians feel that awhile should only be used to modify a verb and a while should be used after prepositions or in phrases like a while ago or a while back.

She was having computer trouble, she told him, and would be offline for a while.
—Mark Warren, Esquire, April 2015

At a luncheon I attended recently, a speaker shared with the audience something I had said a while ago.
—Constance C. R. White, Essence, November 2012

Living deep in the Pennsylvania woods a while back, I became familiar with the trees that shaded my house and provided fuel for the stove….
—Laurence A. Marschall, Natural History, May 2015

The rules governing usage of the adverb and phrase are frequently broken, however. In fact, some people who observe language patterns note that the usage of awhile after a preposition or with words like ago or back is becoming so common that it may eventually become standard. Consider these examples.

When the touch-me-not plant is touched, its leaves fold up. Its stem droops. After awhile, the plant goes back to normal.
—Gary Miller, National Geographic Explorer, March 2012

He said Miller was down on his luck and that he wanted to help him out for awhile.
—Elizabeth McKenzie, The Saturday Evening Post, January/February 2012

Prices were going up rapidly nine months ago, peaked awhile back, and now, we're starting to see cotton prices go down and be more stable.
—Jayne O'Donnell, USA Today, 27 June 2011

On the other side, there is frequent use of a while as an adverb.

If you are planning to stay a while, rent a covered cabana with cushioned chairs.
—Amy Bertrand, St. Louis Post-Dispatch, 5 July 2015

In this case, the difficulty of deciding what form is correct is complicated by the fact that a number of noun phrases can function as adverbs.

Can you stay a week?

Can you stay a few minutes longer?

Can you stay a little while longer?

These adverbial noun phrases beginning with a and a space make it difficult to say that a while should not be used in such contexts.

It is obvious that both awhile and a while are in wide use in places where some language commentators believe the opposite form belongs. It is also obvious that using awhile or a while makes no great difference to the reader. There are, therefore, a few things you can do. You can follow your own feel for the expression and write it as one word when that seems right and as two words when that seems right. If you don't trust your own feeling for language that far, you can use a rule of thumb based on the consensus of the handbooks: use a while after a preposition and before ago or back, and use awhile in other places. You can also substitute the phrase "for a while" for the one-word form in your context to help you decide.