Heading straight toward its origins

Variations of the phrase ‘avoid like the plague’ meaning “to stay away as much as possible from (someone or something)” have been in use for more than 400 years. The word ‘plague’ often refers to “a disastrous evil or affliction” or “a cause of irritation” rather than an illness or disease. 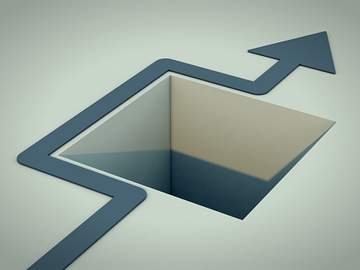 Certain idioms go in and out of favor; we rarely hear cry for the moon (at least on this side of the Atlantic), and it is less popular nowadays to find someone saying I’ll eat my hat. Other idioms, we regret to say, seem destined to stay a bit more au courant than we would like them to. Such is the case with avoid like the plague.

Origin of the Idiom

This cheerful little expression is defined as “to stay away as much as possible from (someone or something).” It has been in use, in various forms, to refer to things that are not actually the plague, but which are best steered clear of, for well over 400 years. In the earliest iterations of this idiom the word avoid is nowhere to be found. The phrase is used in reference to inconstant lovers, and says that they are to be eschewed as the plague is.

Whether do ye esteme greatest, the beautie or the foulnes of those that can not content them serves with the love of one? The foulnes is farre greater.
What deserve they? to be loved, or hated?
In my Judgement they should be hated and eschewed as the plague.
— Ortensio Landi, Delectable demaundes, and pleasaunt questions (trans.), 1566

We do not offer an entry for eschew (someone or something) like the plague, as people do not really say that anymore. Before we got around to adopting avoid as the thing to do for plague-like people or situations it was common to use words such as refuse and shun (which is still in use).

After the outward apparance, there are none better welcome then they which speake euil: and suche as lay vp knowledge, are refused as the plague.
— Michael Cope, A godly and learned exposition vppon the Prouerbes of Solomon, 1580

What do you call him for? I never love
To remember their names that I owe money to,
'Tis not gentill, I shun'em like the plague ever.
— John Fletcher, The maid in the mill, 1647

The variant that is most commonly found today does not appear to have come into use until the early 19th century.

No wonder, then, that people say women should not be well educated, and that “learned” women are avoided like the plague.
— Monthly Magazine (London, Eng.), Jan. 1826

The word plague itself often does not refer to an actual illness; the earliest recorded use may be defined as “a disastrous evil or affliction; a calamity.” Additionally, the word may be used in a sort of weakened manner, to simply mean “a cause of irritation,” or “a sudden unwelcome outbreak” (as in a plague of burglaries).

These extended meanings of plague have served to give us a number of somewhat obscure, yet quite useful, other words. Who among us has not known a plaguer (“one who plagues or annoys”)? And are we not constantly beset with situations or people that might best be described as plaguesome (“troublesome”) or plaguey (“causing irritation or annoyance”)?

Avoid like the plague occasionally comes up in lists of ‘things to be avoided in your writing,’ on the grounds that it is a cliché. We have no strong feelings on the matter; we can, however, point out that if you find this idiom useful, but want to freshen it up a bit, you could always go back to the source, and use eschew like the plague.