How to decipher signs of their confusion

Auger is generally a noun referring to a tool used for boring holes or moving loose material. Augur can be a noun or a verb, referring to one who foretells events based on omens, or the act of doing so. If something "augurs well" or "augurs ill," it means that something good or bad is predicted to happen, respectively. 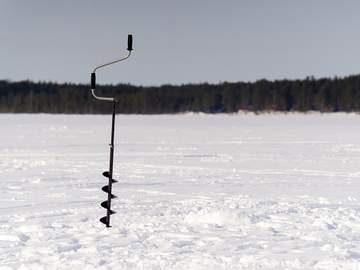 If you occasionally have trouble distinguishing between certain words that look and sound similar, such as augur and auger, don’t feel bad about it. This tricky duo has been bedeviling writers for many decades, and examples of incorrect use may be found in a wide variety of highly edited prose:

Baseball needs the upbeat, the upstarts, and that might auger well for a World Series between the Mets, who lost 91 games themselves two years ago, and Lim Lleyland’s Tigers….
— The New York Times, 5 Oct. 2006

”They’ll have all the holes in the sidewalks ready by July 13,” she said. “On July 15, the contractors will come around again and augur the holes, to loosen up the soil.”
— The San Francisco Examiner, 15 Jul. 1992

Potts, a local fishing guide, increases his chances by drilling many different holes with his augur.
— The Salt Lake Tribune, 8 Mar. 1993

Although they are homophones, and are spelled in almost identical manner, auger and augur are semantically and etymologically quite distinct. Auger is most commonly encountered as noun, defined as “any of various tools or devices with a helical shaft or part that are used for boring holes (as in wood, soil, or ice) or moving loose material (such as snow).” The word may also function as a verb, with the meaning “to move by use of an auger.” In Middle English the name for this tool was nauger, and due to a nauger sounding similar to an auger, people further shortened the word into its present spelling.

Augur also functions as a noun and a verb. When used as a noun it carries such meanings as “an official diviner of ancient Rome” and “one held to foretell events by omens”; the verb senses include “to foretell especially from omens” and “to give promise of, to presage.” Augur comes from Latin, and is thought to be descended from augēre, meaning “to increase.”

The foretelling sense of augur is often found, paired with words such as well or ill. This use (as in augur well) typically means that something promising is coming; it does not usually mean that someone or something is good at foretelling. If something augers well that means that it is good at boring holes. The auger beetle (“any of a number of elongated cylindrical beetles (family Bostrychidae) having the head protected by the heavy often spiny prothorax and boring in and feeding on wood”) augers well. As certain types of auger beetles are considered pests and may damage trees, their appearance augurs ill for the health of of your foliage when they appear.