There's a powerful force moving through the fashion world these days but it's more fluffy than fierce. Well, not always fluffy but often soft and usually stretchy and always comfy. It's called athleisure, and if you're not wearing it as you read this chances are someone nearby you is. 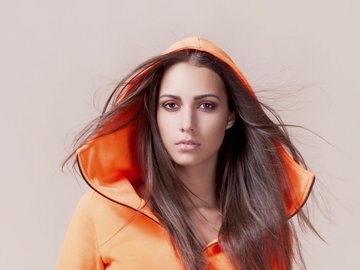 Athleisure refers to casual clothing — like yoga pants, sweat pants, and hoodies — that are designed to be worn both for exercising and for doing (almost) everything else. Athleisure is everywhere these days, and the term is too:

It is a big moment for "athleisure," the apparel industry's term for the casual, athletic-inspired way of dressing rooted in leggings, tank tops and sneakers. Athleisure promises a whole day's wear from a single outfit, taking women from spin class to the coffee shop to the office and then out for a cocktail at happy hour. — Elizabeth Holmes, Wall Street Journal, 5 May 2015

One need look no further than the booming athleisure trend in all its cashmere-sweatpant-wearing glory to see that the once disparate worlds of fashion and athletics have been on a convergence course. — Adam Tschorn, Los Angeles Times, 17 May 2015

Though the term may recall blue, ruffled leisure suits meets gym class uniforms, Athleisure is anything but stiff polyester and yesterday's oversized tees. This multi-purpose, typically androgynous style is rooted in streetwear ease and athletic functionality, and has more and more people opting to wear hoodies, neutral-hued basics and even sweatpants beyond the gym and into the office, while running errands and, of course, while reclining on the couch — because what is Athleisure without, well, leisure? — Kit Hamlen, Paste Magazine, 27 April 2015 [note: the word isn't typically capitalized]

The term athleisure may be only newly ubiquitous, but our preliminary research dates it back as least as far as the March 1979 issue of Nation's Business:

The booming popularity of fitness has given birth to a similar boom in apparel and footwear designed for those who actually participate in sports — and those who just want to look as if they do.... " The whole athleisure (a new term that has popped up) market is in a state of tremendous growth," says John Gehbauer, the [Sporting Goods Manufacturers Association's] director of advertising and promotion.

Who knows? That track suit at your local thrift store might look downright stylish again.