'Aren't I' was considered an error for much of the 20th century. These days, it's widely accepted. What happened?

In the early and mid-20th century, usage guides objected to aren't I likely because "are not I" goes against traditional grammar rules. But the other options are amn't, which is awkward to pronounce, and ain't, which has long been disapproved of as nonstandard. Today, aren't I is widely accepted and is used the same way as "am I not".

What happens when a grammatical mistake that is commonly made by speakers of our language comes to be viewed as "proper" (or at least no longer viewed as a mistake)? Is there a parade? Is there a small private ceremony, in which the previously offending usage is given a certificate of good standing and a cigar? Is a memo sent out to all speakers and writers of the language, alerting them to the change? No, none of these things happen. In fact, based on the readily available evidence that we have, these changes tend to occur with a whimper, rather than a bang. Let’s look at the the case of aren’t I. 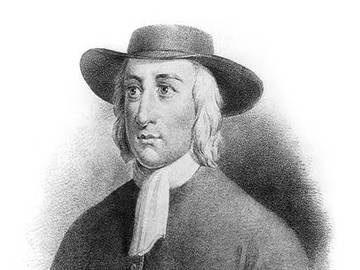 George Fox was so upset by the singular 'you' that he wrote an entire book to complain about it. And yet, our language survived.

'Aren't I' Broken Down

If you examine the version of aren’t I that has no contractions it quickly becomes apparent what the problem is: “are not I.” Not only is the word order out of whack, but the pronoun does not agree with the verb at all. Yet despite the fact that this violates some basic rules of grammar that most of us are comfortable with, aren’t I manages to see use in the speech of educated people every day, without occasioning much of a fuss.

"Why aren't I 50 points ahead?" an animated Mrs. Clinton asked last week in a video address to the Laborers' International Union of North America meeting in Las Vegas.
—Amy Chozick, The New York Times, 29 Sept. 2016

In fact, it doesn’t just see use in speech, but may also commonly be found in written and edited prose (especially when it is in a slightly informal register):

Though I don't play Scrabble to make new friends, whenever I see this message I always feel slightly insulted. Come on, "scrabblerocks121," aren't I worthy of the most minimal chat?
—Meg Wolitzer, The New York Times, 18 Sept. 2011

Why is Aren't I Accepted?

So why do we use this turn of phrase? One possibility is that ain’t is to blame. Were we to match our verbs and pronouns correctly, we would say “am I not,” rather than “are I not”; the contracted version of this might be written as either amn’t (which sounds unwieldy to most speakers of US English) or as ain’t. Some grammarians have argued in favor of ain’t being accepted as a shortened version of “am not,” but the word has been so thoroughly aspersed that this sense never gained acceptance. Therefore, if you feel social pressure to not say ain’t, and it feels phonetically awkward to say amn’t, you end up saying aren’t I.

In the early and mid-20th century, a number of American usage guides complained about the use of aren’t I. In recent years, however, the word has achieved a degree of acceptance in speech and colloquial prose. There was no official decree and no pronouncement signaling this change; even though the use of aren’t I gained acceptance relatively quickly, it still took several decades of varying opinion before it became widely allowed.

This is not the first time that we have changed the way that we use a particular pronoun over the objections of some who wished it would not change. In 1660, George Fox, a founder of the Religious Society of Friends, was sore wroth over the fact that people had been using the pronoun you in the singular. Rather than write a snippy letter to his local newspaper, Fox wrote an entire book on the subject.

Fox’s book had the catchy title of A Battle-Door for Teachers & Professors to Learn Singular & Plural; You to Many, and Thou to One; Singular One, Thou; Plural Many, You. A sample of how he felt on this matter comes early in the book, when he wrote “is he not a Novice, and Unmannerly, and an Ideot, and a Fool, that speaks You to one, which is not to be spoken to a singular, but to many?”

In spite of such recriminations, the English-speaking people continued using you to refer to a single person, and somehow our language has survived to this day. Aren’t I would appear to be well on the way to joining the singular you as part of our accepted language. There is no sign yet that are not I will be joining it anytime soon.