Could Downton Abbey Characters Go 'Over to the Dark Side'?

Devotees of historical dramas can be exacting in their expectations of accuracy, and few details escape their gaze. So when a character on the historical television series Downton Abbey mentioned going over to the dark side in a recent episode (Season 6, Episode 4), some viewers and critics questioned the usage. 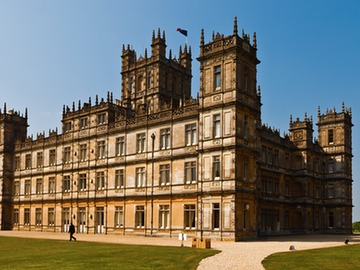 Though the phrase 'over to the dark side' sounds anachronistic, there's evidence that it could have been overheard on an English manor in 1925.

In a piece for The New York Times, Louis Bayard wrote:

Speaking of “Star Wars,” I’ve heard from several Abbots who thought the recent usage of “over to the dark side” was a bald anachronism. I confess I’m wondering the same thing about Dr. Ryder’s “cautiously optimistic,” even if it does hail from “medical novels.”

Buddha and Christ both attained, but Buddha has gone over to the dark side since, through pride and rebelling against the decree of the GODS. (1921, C. R. Stewart, The Law of Love)

He tires of it, or perhaps utterly fails, which is probably because of the unfortunate want of persistence, and losing at every change and turn he is soon in distress and goes over to the dark side." (1887, August 24, New Hampshire Sentinel)

We've turned to the dark side as a metaphor since at least 1645, when Walter Bridges wrote "No wonder carnall men care so little for the best things of God, they are on the dark side of them" in his A Catechisme for Communicants.

As for cautiously optimistic, written evidence suggests that it was in common usage in 1925, the time that the current season of Downton Abbey takes place, as well as in the decades leading up to it.

The opening of the British Parliament on the 10th instant gave occasion for an Address which was naturally ambiguous upon some critical matters in Europe, and cautiously optimistic, but showing Lord Salisbury’s government means to provide for emergencies. (1888, February 18, The Chinese Times)

His actual listeners, however, must have paid closer attention to his remarks on the Balkan States, and here again Count Kalnoky made use of cautiously optimistic language. (1893, June 5, Manchester Courier and Lancashire General Advocate)

Yet the present attitude can only be described as cautiously optimistic. (1902, July 20, Boston Herald)

England probably fears Russian encroachment upon India far less than formerly, and, while her statesmanship is too far-sighted and realistic to ignore the possibility of future clashes, she is in a mood to be cautiously optimistic concerning her relations with Russia. (1915, March 14, Chicago Daily Tribune)

Of course, the existence of written evidence from a specific time does not prove that a word or phrase was in common use at that point. For instance, the Oxford English Dictionary has discovered usage of OMG from 1917 [in a letter from the head of the British navy to Winston Churchill: "O.M.G. (Oh! My God!)—Shower it on the Admiralty!!"], yet it took more than 70 years before this initialism entered common use. In the case of over to the dark side and cautiously optimistic, however, it would appear at least possible, based on the evidence available to us, that either could have been found in conversation on an English manor in 1925.