Are 'Stupider' and 'Stupidest' Real Words?

If we wished to describe a fellow who had made a bet that he could eat a series of exceptionally hot peppers we might refer to him as rash, rasher than most, or the rashest person we knew. We might also say that he is more foolhardy, or the most foolhardy person we have seen. But what if we want to describe him as stupid? Would he be more stupid or stupider? Welcome to another episode of Usage Questions for Which There is No Answer That Will Make Everyone Happy. 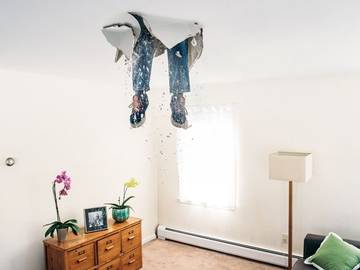 Don't ask us for home renovation advice either.

There are also obvious exceptions to the above rules. Some single-syllable adjectives are not modified either way, on account of irregularity (good/better/best) or due to convention (ill is typically not modified with -er or -est, unless you are a Beastie Boy). And some three-syllable words work fine with the -er and -est endings, if they have an un- at the beginning (unhappier). However, most people have a solid grasp of how to modify adjective with either a single syllable or more than two. It’s the middle ground that creates problems.

"Realness" of Stupider and Stupidest

Some people find stupider and stupidest objectionable, for reasons that are not entirely clear. Both have been in widespread use for hundreds of years, there are no usage guides that we know of forbidding their use, and there are plenty of words which share characteristics of stupid, such as polite (both are disyllables ending in an alveolar stop), that manage to end in -er or -est without bothering anyone. One possibility is that disyllabic adjectives ending in a voiceless alveolar stop (polite) sound pleasing to our ear when ending in -er, but the voiced alveolar stops (stupid) do not. Even if this is true, it seems a bit unwieldy to add to the chapter of ‘how to make your adjectives happy and healthy.’

We list stupider and stupidest as the comparative and superlative forms of stupid, because that is what they are. They are honest-to-goodness, one-hundred-percent, grade-A, real words. In case anyone tries to tell you otherwise here is a small sample of them being used in edited prose over the ages.

…part and counterpart wandered independently about the earth in the stupidest manner for a while, till the late time came.
— Thomas Hardy, Tess of the D’Urbervilles, 1891

"All ladies like them, I suppose," said that stupidest and most stubborn of all humble friends, Miss Macnulty.
— Anthony Trollope, The Eustace Diamonds, 1873

Death, insanity/suicide degeneration
that is, just getting stupider as they get older
— Ezra Pound, The Cantos of Ezra Pound, 1972

Joe suspects, as does the neighborhood woman who gives the film a piquant fairy-tale quality when her dog is stolen in the opening scene, that for some reason people are getting stupider and stupider all the time.
— Janet Maslin, The New York Times, 27 Feb. 1998

If stupider and stupidest grate upon your ears you may simply use more or most instead. Looking beyond this problem word, if you find yourself faced with a two-syllable adjective, and need to modify it, do not become alarmed, as adjectives can smell fear. Let your ear, and the reaction of your audience, be your guide. If readers hiss, or begin to ululate, after you tack on an -er you may wish to consider modifying this word with more next time you use it. But insofar as the modification of most two-syllable adjectives is concerned the only advice we can give with absolute certainty is to never make a bet about eating hot peppers.