On 'Anecdote' and 'Antidote'

One's a human interest story, the other's a cure for what ails you.

An anecdote is a brief story, usually told because it is relevant to the subject at hand. An antidote on the other hand is the cure for a poison, but can also be used figuratively for anything that solves a problem. 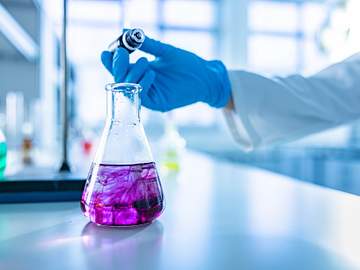 How'd we come up with this antidote? Well, it's kind of a funny story...

The nouns anecdote and antidote sound similar, and are occasionally mistaken for each other, but they are relatively easy to keep straight when context is provided.

How to Use 'Anecdote'

An anecdote is a brief story, often about a real person or thing, that is shared usually because it is amusing, interesting, or perhaps relevant to the subject at hand.

Ghaly then gave a personal anecdote about his dog taking longer to walk. “My dog doesn’t walk very well, it’s hard to get around the block, so yes, I can walk my dog at 11 p.m. if that’s the tradition and routine,” he added.
— Danielle Radin, CBS Los Angeles, 21 Nov. 2020

Republican Rep. Michael Chippendale of Foster shared an anecdote from his visit to a neighborhood restaurant a few days ago, that had a sign-in sheet for contact tracing. "For a moment I thought I was in Hollywood. There were so many famous people on the list, including dead people like Marilyn Monroe."
— Katherine Gregg, The Providence Journal, 19 Nov. 2020

An easy, elegant writer, he studs his narrative with affectionate family anecdotes and thumbnail sketches of world leaders and colleagues.
— The New York Times, 23 Nov. 2020

The related adjective anecdotal describes something that is based on individual observations. There's a slight element of dismissiveness in this word, as such observations are typically given less weight in scientific evaluations when contrasted with larger data patterns and verified fact.

It turned out that under normal conditions, people generally stuck to the facts, actually preferring them to anecdotes—which is a good thing. “Primarily, when there is low-threat severity or it’s a non-health issue, people tend to take cold, hard facts into account rather than personal accounts and stories,” said study author Traci Freling in a statement. But when “emotional engagement” was high—i.e., in times of stress or threat, and particularly those involving medical and personally relevant issues—people switched their strategy. They relied less on facts and more on anecdotal evidence.
— Alice G. Walton, Forbes, 6 Apr. 2020

Originally, anecdote referred to unpublished writings (as of history or biography); the usual preferred plural form was anecdota, as found in the Greek from which the word is borrowed. The Greek word was formed by combining the negative prefix a- to the verb ekdidonai ("to publish").

Anekdota was the title given to a work by the Byzantine official Procopius that was not published until after his death, due to the bitter attacks it contained directed at the emperor Justinian and other political notables.

How to Use 'Antidote'

Antidote refers to a remedy that is meant to counteract the effects of a poison.

The California Department of Public Health on Thursday issued a statewide standing order for naloxone, the emergency antidote that reverses the effects of an opioid overdose.
— Catherine Ho, The San Francisco Chronicle, 9 June 2018

The antidote to a snakebite is an antivenom, but each of thousands of venomous snakes have a different bite—each requiring a unique treatment. Even snakes of the same species can produce a slightly different venoms if they live in different regions.
— Theresa Machemer, Smithsonian, 29 Jan. 2020

Khaled Hosseini's illustrated book was born from the moment the world learned about a drowned boy named Alan Kurdi. Not as a book, necessarily, but as an idea for action - a way for Hosseini, as he sees it, to create art as an antidote to the dehumanizing effects of numbers and headlines.
— The Globe and Mail, 1 Dec. 2018

Antidote derives via Middle English and Latin from Greek words anti- and didonai ("to give"). That didonai forms the back part of ekdidonai (formed from ex- and didonai), found in the etymology for anecdote mentioned above.