Out loud may sound unpolished, but it's a fine substitute for aloud

Aloud and out loud are both fully established phrases and can often be used interchangeably, although "aloud" is much older. "Out loud" is actually the preferred term for phrases such as "for crying out loud" and "laughing out loud."

For a long time, writers were told to avoid the phrase out loud. It was an error, they were told, for the firmly-established aloud, which has been a word in English since the 13th century. In contrast, out loud was a relative newcomer: it only dates back to the beginning of the 19th century.

Lord Andover in the presence of Lord and Lady Suffolk and speaking out loud said "Miss Dutton ... be so good to walk with me into the library."
—Maria Edgeworth, letter, 1821

Even if out loud was a word, language commenters commented, it was a colloquialism—an informal or conversational word you might use with your friends, but should avoid in formal writing. 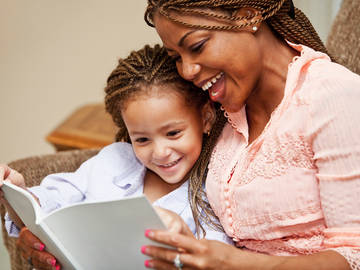 Yes, the word 'aloud' is several hundred years older than 'out loud'. However, 'out loud' is fully established. It may not appear as often as 'aloud' in solemn writing, but the two terms are essentially interchangeable.

Out Loud vs. Aloud

Usage today, however, shows clearly that out loud is not a colloquialism and that—although we would agree that aloud is more likely used in solemn writing—in general the two terms are essentially interchangeable.

For many of us, one of the most vivid memories from childhood is listening to Mom reading a book out loud or telling a story.
— William Porter, The Denver Post, 10 May 2015

In fact, the whole notion of retirement itself feels vaguely shameful. In my circles, the R-word is rarely spoken out loud.
— Mary Hogan, The Saturday Evening Post, January/February 2015

The poem should be read aloud to allow its incantatory power to reveal itself.
— Damian Lanigan, The New Republic, September/October 2015

After all, the sewage experiments indicate there are electrically active bacteria in the gut. He wonders aloud: Do they communicate with human cells as part of the body's internal ecosystem?
— Corey S. Powell, Popular Science, February 2015

Where Out Loud is Preferred

There are even some cases in which out loud is the preferred term. A distinctive and exclusive use of out loud is in the idiom for crying out loud. Most sources explain the expression as the result of finessing one's way out of saying the inappropriate just as it's practically out: "For Chri—ying out loud!"

It's just a big old sack of dog food, for crying out loud, but Charles Fishman can hardly restrain himself: "Fifty pounds for $13.82! That's amazing!"
— Bob Thompson, The Washington Post, 13 Apr. 2006

Out loud also one-ups aloud as the preferred word following the verb laugh.

And the first time I heard an audience laugh out loud at me I was done, I was sold.
—Liev Schreiber, speaking on NPR, 8 July 2013

However, don't be surprised if you spy aloud in company with laugh. For instance, in Roald Dahl's James and the Giant Peach, James "had never heard Aunt Sponge or Aunt Spiker laughing aloud in all the time he had been with them." Such occurrences show that using aloud or out loud is entirely a writer's choice. That choice might hinge on the tone of the writing—whether it's formal or colloquial—or it might involve something deeper. Perhaps the writer sees aloud as being the only choice because of its long-standing establishment in the language and sees out loud as a newcomer yet to prove its mettle.