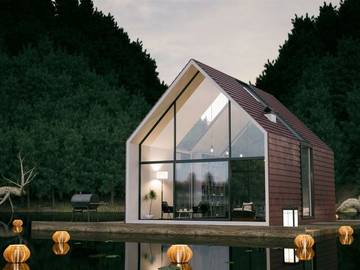 Though these two words have been confusing students—and not just students—for decades, their meanings and histories turn out to be completely unrelated.

In ancient Greece, ascetic’s predecessors tended to describe the strict regimens of warriors and athletes; gentler versions of asceticism were advocated by the Sophists, Stoics, and other philosophers as paths to virtue for ordinary citizens. But today students often first encounter ascetic in European History class, describing a phenomenon from the era when Christian self-denial, or “mortification of the flesh,” reached its high point. Prominent examples of medieval ascetics include the flagellants, who would march in grim processions whipping themselves on their bared backs for their sins, and the stylites, hermits who in search of salvation would live for years at a time on top of pillars in the lonely Middle Eastern hinterland.

Now the truth was, Montanus said no such thing, but commanded frequent abstinence, enjoyned dry diet, and an ascetick Table, not for conscience sake, but for Discipline; and yet because he did this with too much rigour and strictnesse of mandate, the Primitive Church mislik'd it in him, as being too neere their errour, who by a Judaicall superstition abstain'd from meats as from uncleannesse.
— Jeremy Taylor, Treatises, 1648

…she hath also judged very well, that the body is to be tam'd when it grows rebellious against reason; that nourishment is to be retrencht as provender from an unruly wanton horse; and his stomack taken down by the ascetick discipline of Fasts and Watchings: But it never enterd into her Theorems, that to be happy, a man must renounce his understanding, unlord his reason to become learned, condemn his judgement to become wise.
— Jean-François Senault, The Christian man, 1650

Aesthetic, also Greek in its origins, reached us through 18th-century German philosophy. English-speaking philosophers hadn’t paid systematic attention to questions of art and beauty—that is, aesthetics—until the Germans, including A. G. Baumgarten and Immanuel Kant, showed them how to do it. The word seems to have filled a gap in English, as Samuel Coleridge observed in 1823: “I wish I could find a more familiar word than aesthetic, for works of taste and criticism.”

As much as this city surpasses the first-rate capitals of Europe with regard to historical and æsthetic importance, so far it is inferior to them in the interest excited by the activity and enjoyments of social life in great towns.
— The Monthly Magazine (London, Eng.), 1 Mar. 1805

”Aesthetic Cream” is a more appropriate name for the unique and spendid (sic) entertainment to be given in the Y.M.C.A. parlors on next Friday night, than “aesthetic tea.”
— News and Observer (Raleigh, NC), 2 May 1888

Today, after more than 200 years, aesthetic and aesthetics still have a formal, intellectual ring to them—though they're of course very common in things such as ads for hairdressers, plastic surgeons, interior decorators, and wedding planners. And, of course, Instagram.