Guidance on 'Advise' vs. 'Advice'

A case where one letter changes pronunciation and grammar.

Advise is a verb meaning to give a recommendation, opinion, or information. Advice is a noun referring to the opinion or information given or received. Very simply, "advise" means "to give advice." 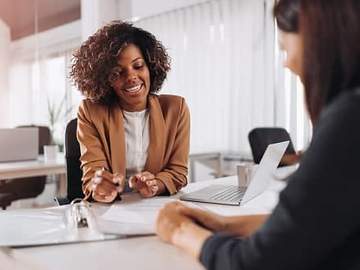 Although numerous English usage commentators and handbooks, from grade school up, warn not to confuse the similarly spelled—but clearly different—advise and advice, evidence attesting to English users misapplying them turns up frequently enough to prompt us to give instruction on their correct spellings and meanings. A chief cause of the confusion seems to be that these orthographically close words are both associated with guidance that is sought or given.

Mushill has found herself going beyond the normal role of chamber director, providing advise, support and in some cases a shoulder to cry on for business owners.
— The Belleville (Illinois) News-Democrat, 25 Sept. 2020

According to The Hollywood Reporter, Travolta, who hadn't done a TV role for 40 years prior to this, sought advise from Steven Spielberg, Tom Hanks and Oprah Winfrey before taking the part.
— MailOnline, 7 Jan. 2016

The show will contain some adult content and language, so parental guidance is adviced for children younger than 13.
— The MidWeek (DeKalb, Illinois)_, 3 Apr. 2019

The Difference Between 'Advise' and 'Advice'

The main difference between the words, besides a letter and their pronunciations, is their parts of speech. Advise (with an s pronounced \z\) is a verb that indicates the act of giving an opinion, suggestion, recommendation, or information, while advice (with a c pronounced \s\) is a noun that refers to the opinion, suggestion, etc., that is given or received. In other words, the verb advise means "to give advice." Here are examples of correct use of both words:

I advise you to stay at home—the weather is nasty.

The attorney advised her client to not sign the contract.

Patience is always advised when dealing with children.

My parents' advice was to always follow my dreams.

He followed the doctor's advice and lost some weight.

Her father offered some words/pieces of advice on buying a home.

As a verb, advise has inflected forms: the present tense advises, the past tense advised, and the present participle advising. For those in doubt on whether to use advise or advice when a verb is called for, remember that a verb expresses action and that the verb advise has an s as does express. Advise is also the word that follows please when expressing a request for guidance or information. "Please advise" is common without a direct object in the closing of a correspondence, but it typically takes one in other contexts (e.g., "Please advise me on how to proceed"; "Please be advised that we will be closing early.")

'Advice' Has No Other Forms

Advice, on the other hand, only occurs in the plain form advice because it is a mass noun, which means it does not have a plural form, making advices incorrect (only advise has an -s suffix); additionally, it is not used with the indefinite article an. If one can recall, when hesitation on which spelling to use strikes, that advise is a verb that expresses action, then by default they can confidently choose advice as the correct noun spelling. Advice can be modified by an adjective ("good/bad/professional/unsolicited advice"), and it is often found in the common collocations "to give/offer/provide advice," "to seek/ask for advice," and "to follow advice."

Tips For Keeping Them Apart

We hope this primer on advise and advice is helpful in differentiating the verb advise from the noun advice. We leave you with one more tip for choosing the right spelling: try the alphabet. The term noun comes before verb in the alphabet like the letter c comes before s and, in turn, alphabetically advice and noun come before advise and verb. Pointers aside, correct spelling ultimately comes down to memorizing advice as the noun and advise as the verb. That's the most sound advice.