Don't be opposed to using either one
Last Updated: 4 Sep 2019

Both adverse and averse are used to indicate opposition. Adverse, usually applied to things, often means "harmful" or "unfavorable" and is used in instances like "adverse effects from the medication." Averse usually applies to people and means "having a feeling of distaste or dislike." It is often used with to or from to describe someone having an aversion to something specific, such as "he is averse to taking risks" or "he is risk averse."

English has many pairs of words which look, sound, and taste alike. Some of these (such as preventive and preventative) are more or less synonymous. Others, despite an orthographic similarity (such as allusion and illusion), have markedly different meanings. And still others (such as averse and adverse) fall somewhere between. 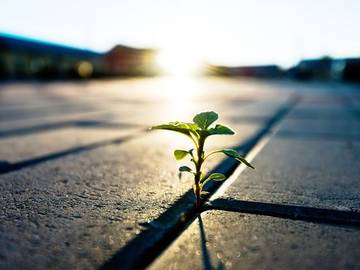 The Meaning of 'Adverse'

Both adjectives are commonly used to indicate opposition to a thing, or disfavor, but each has specific settings in which it is more appropriate, or applicable. Adverse (“harmful,” “unfavorable,” “acting against or in a contrary direction”) tends to be found applied to things, rather than people, and is far more commonly used in an attributive sense. Among the words it most commonly modifies are effect, reaction, and impact.

The symptoms of malaria and adverse effects of treatment can be difficult to separate.
— The New England Journal of Medicine, 14 Jun. 1990

“This whole movement to solve the problem by rent control, in my opinion, is going to have an adverse reaction,” he said. “At every corner, developers have to go through hell to get a project built in California.”
— Jill Cowan, The New York Times, 9 Jul. 2019

The Meaning of 'Averse'

Averse (“having an active feeling of repugnance, dislike, or distaste”) is far more likely to be used of people, and most often is found with the preposition to directly following (although the word is also used with from, and may be found in the company of other words, indicating an aversion to that thing, such as risk averse).

Moreover, if report spoke true—and reports do not arise without cause—Coppinger was not averse from taking advantage, and that unlawful advantage, of a wreck.
— Sabine Baring-Gould, In the Roar of the Sea, 1892

Administrators now demand that we professors, the most risk-averse occupational group outside the Roman Catholic curia, adopt habits of flexibility and entrepreneurship that our educations systematically bred out of us.
— Chris Gallagher, College English, Sept. 2010

Averse to domesticity, you read for your Ph.D.
Your four-year-old looked like a miniature
John Lennon.
You fed him peanut butter from the jar and raised him
on Beowulf and Grendel.
— Carolyn Kizer, Harping On: Poems, 1985-1995, 1996

It would be overly simplistic to say that adverse should be entirely restricted to things and averse to people; after all, we all know specific people who have had an adverse effect on our lives. But it is useful to remember that there is a distinction in meaning between the two words — you might well say that you are averse to having an adverse reaction, but you would not say that you are adverse to having an averse reaction.