The verb 'adulting' is all grown up

If you haven't heard it (or don't use it) already, you'll hear it soon: adult as a verb, as in "Someone please teach me how to adult." 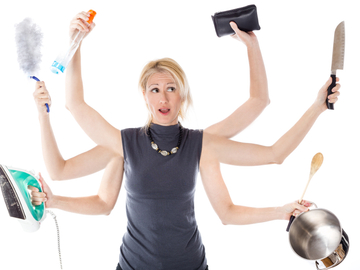 To 'adult' is to behave like an adult, specifically to do the things—often mundane—that an adult is expected to do.

It's also common as a gerund—that is, in the form adulting as a noun, as in "Adulting is hard" or "I’m not very good at adulting."

To adult is to behave like an adult, to do the things that adults regularly have to do. This includes things like having a job and living independently, sure, but also such mundanities as taking clothes to the dry cleaners (and remembering to pick them up), making and keeping dental appointments, getting your car registered, doing yardwork.

It's not a serious word, but it's increasingly used in published, edited text, and it keeps showing up in ad copy, which is a certain sign of some kind of linguistic arrival.

The first five months of 2016 have seen a 6-fold increase in use over last year in the Lexis-Nexis database of publications, and Digiday reports that Brandwatch has seen mention of adulting "642,000 times online in the last year, with usages peaking last month with more than 87,000 mentions." Advertisers are jumping on the adulting train: "Brandwatch found that brands from finance (Credit Karma, TD Ameritrade) to retail (Target, Amazon) to food (Fruity Pebbles cereal) have all used it."

If we go back to the infancy of the verb adult, though, we find another meaning entirely: as a jocular verbal form of the noun adultery—in other words, as a synonym of to commit adultery:

Almost 20 years later, the gerund was being used by the author of Chicken Soup for the Soul at Work, Martin Rutte, who talked about "the adulting of the workplace," by which he meant "that employees are growing up to see that the company doesn't provide security" (Martin Rutte, quoted in The Hamilton Spectator [Ontario, Canada], 23 May 1998).

A decade later, this:

... a boutique movie theatre with wide, wide sofa seats and refreshments served direct to the auditorium. Clearly it's part of the modern fad for what we might call the adulting of cinemagoing—along with no-kids screenings and the Smoking Cabinet series. —Andrew Pulver, The Guardian, 22 Dec. 2008

None of these matches the current use. Something much closer to what we're hearing now first appeared on Twitter in 2008 and 2009:

@ditzyAzian Why thank you for the compliment. Alas! I was kidding as well. In fact, I can honestly say I was adulting. Chihihi! X]

cannot possibly be an adulterer. barely knows how to adult.

In the first example, the word is contrasted with kidding, and the meaning of adulting isn't at all clear. In the second, there's again an allusion to adultery, but the meaning is clearly the one we're seeing now.

Another early Twitter example shows the word being used self-consciously, as demonstrated by the punctuation used:

In 2010, we started seeing examples more typical of current use:

Some, though, learned the verb adult from a popular 2013 book by journalist Kelly Williams Brown. The book is called Adulting: How to Become a Grown-Up in 468 Easy(ish) Steps, and it's a how-to for millennials trying to function as autonomous adults. It was preceded by a popular blog called Adulting, which Brown started in 2011.

Others learned the word when Grammar Girl named adulting her Word of the Year in 2014. Grammar Girl interviewed Brown, who said she had not been aware of the word before she started using it.

And so we have a word that has been weakly crawling along for decades emerging slowly into something akin to a full-fledged member of the language. We'll be watching to see if it stands on two legs long enough for us to consider it fully established, but in the meanwhile, congratulations, adult, on your recent adulting.