Without further delay, here’s the difference.

Ado usually refers to fuss, concern, or time wasted due to trivialities or troubles. It is most often found in the phrases "without much ado," meaning "without much fuss," or "without further ado," meaning "without further delay." Adieu on the other hand, is a French word that refers to a farewell. It often follows bid, as in "I bid you adieu," as a rather dramatic way of saying "goodbye." 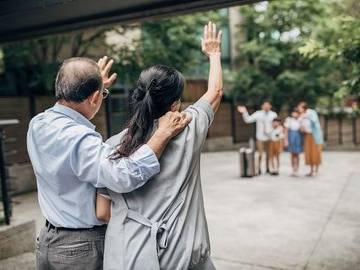 The Meaning of 'Ado'

Although it is only three letters long, ado is a word with a somewhat literary flavor, with meanings ranging from “heightened fuss or concern” (“all this silly ado about the actor’s wardrobe”); “time-wasting bother over trivial details” (“responded to the letter without much ado”); or “trouble or difficulty” (“was able to finish the task without any ado”). Shakespeare titled one of his plays, a romantic comedy about misunderstandings that arise out of gossip and rumormongering, Much Ado About Nothing. That phrase continues to turn up in modern writing for heightened concern over something ultimately deemed to be insignificant:

But the core of their argument, and their ultimate fallback position, will be that the entire inquiry is much ado about nothing and should never have been started.
— John Cassidy, The New Yorker, 11 Nov. 2019

Ado is found in other common phrases. A master of ceremonies might use the phrase “without further ado” when they are finished with their introductory banter and it is time to bring out the next act. This phrase also turns up in text as well:

He was facing a prison term, and he might as well accept it without further ado. He might take a day or two finally to look after his affairs; but beyond that, why bother?
— Theodore Dreiser, The Financier, 1912

The Meaning of 'Adieu'

But there is also the word adieu, borrowed from French, used for a parting. It is pronounced somewhat like ado, with a stress similarly on the second syllable, though one is frequently tempted to dull the long-u sound at the end in some approximation of a French inflection. Comparable to the Spanish adios in that it literally means “to God,” adieu can be used interjectionally or as a noun often serving as the object of a verb like bid in a phrase that refers to a departure or sudden end.

The Rattlers, who qualified by winning the Mid-Eastern Athletic conference tournament after an 8-18 regular season, bid the NCAAs a hasty adieu last Friday at the East Regional in Charlotte, losing 99-58.
— Jack McCallum, Sports Illustrated, 22 Mar. 1999

Adieu tends to appear in a lot of headlines. When the baseball great Ted Williams played his final game in front of his hometown fans at Fenway Park in 1960, the writer John Updike chronicled the event in a famous New Yorker essay titled “Hub Fans Bid Kid Adieu.”

When ado and adieu are confused, it is usually in a particular instance, and that is when writers style the phrase “without further ado” as “without further adieu.” The preference for adieu might be due to a writer interpreting "without further adieu" as the extended parting that a host might take (as from the stage) before the act being introduced comes on. But what it really means is that it's time to stop building up the act and get on with the show.

And without making any more fuss, that’s the story of ado and adieu. Until next time, we bid you farewell.