A word can fade from use in English because it has been eclipsed by itself. This may sound like an unlikely circumstance, but such is quite possibly the case with repair. Repair is actually two different words, spelled the same in English but from two different French roots that had the misfortune of being similar in spelling and entering English almost simultaneously. 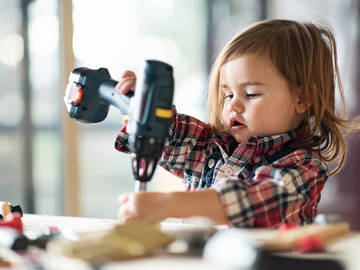 The French verb repairer is rarely used today, and only in a narrow context: it is used of animals that burrow or have dens, meaning “to return to one’s home or shelter.” This led to the more common noun repaire, usually translated as “den” or “lair,” and extended to be used for people in addition to animals just as we do in English: “a den of thieves,” “criminals in their lair.”

Repairer comes from the Latin verb repatriare and ultimately from patria meaning “native country,” so the word’s literal meaning is “to go back to one’s own country.” Once borrowed into English, it came to mean “to go to (a place),” a meaning that today has an archaic and formal tone:

After dinner, the guests repaired to the drawing room for brandy.

It’s sometimes used in a humorous way that plays off of its exaggerated formality:

Shall we repair to the coffee shop?

Shakespeare used it in a way that is closer to its Latin etymology, meaning “to return.” This definition is labeled obsolete in our dictionaries:

And presently, when you have drawn your number, repair to the Capitol
—Coriolanus, Act II, Scene 3

Let the king have the letters I have sent, and repair thou to me with as much speed as thou wouldst fly death
—Hamlet, Act IV, Scene 6

We charge and command you, in his highness’ name to repair to your several dwelling-places
—Henry VI, Part I, Act I, Scene 3

Perhaps one reason we no longer use repair to mean “to return” is that repatriare was itself subsequently brought directly to English in the early 1600s (as opposed to being filtered through French) to give us repatriate.

The other repair, meaning “to fix” or “to correct,” comes from reparer in French, which traces to the Latin verb reparare. Parare in Latin meant “to prepare,” so the literal meaning of reparare is “to prepare again,” hence, “to restore,” “to fix.” The related words reparation and reparable are spelled in a way that makes the relationship to the French and Latin words clear (like prepare), so how did repair get that confusing i?

It turns out that the spelling of both repairs was fluid until the 1700s. Until then, competing forms included:

It's a bit surprising that they ended up with the same spelling, since a divergence of forms would have helped distinguish this pair of words for all of us. Given that prepare is a successful model, one can imagine repare being a standard word in English. But it isn't. Instead, the two words became both orthographically and phonetically one. As with many other complications in English, we can’t repair to the past so that we might repair this orthographic overlap.