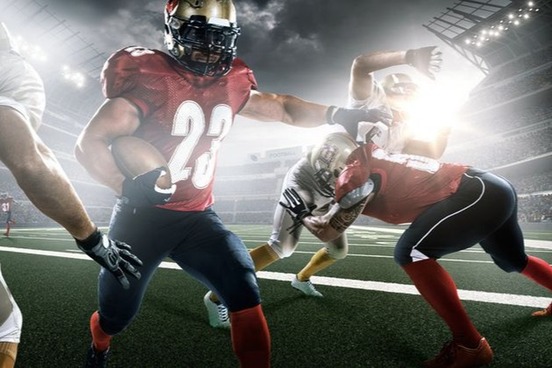 To run interference means to provide assistance by or as if by clearing a path through obstructions. In football, it describes the effort of the offensive players to block the defensive players from reaching the player in possession of the ball.

The idiom came into use first in football, in the early 1890s. By the middle of the 20th century it had broadened to include non-sporting use.

Noah Gerber has played tackle in several hard games and ranks as first sub after Deardorf’s place. He weighs 160, is good at making holes, and holds his place splendidly in running interference.
— The Indianapolis Journal (Indianapolis, IN), 29 Nov. 1893 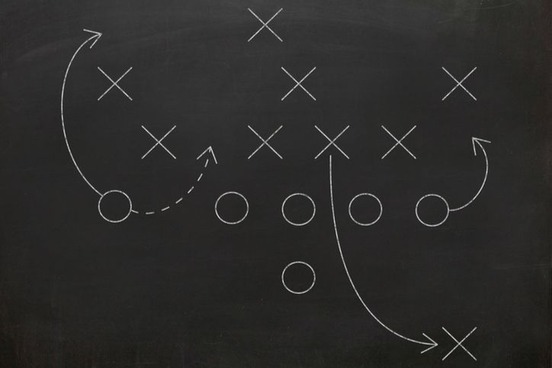 The game plan is the strategy devised before the game to get past an opponent. In football this is traditionally shown in the form of diagrams of plays with X’s and O’s representing the players.

Putting together a game plan is an elaborate exercise in the art — and science — of analyzing an opponent's tendencies and patterns, and determining how best to exploit them.
— USA Today, 17 Aug. 2017

Any game needs a plan, of course, but in expanded use game plan refers to a strategy for achieving an objective:

The depth and the length of the newspaper advertising collapse has surprised the oldest hands in the industry, so a newcomer like Zell could hardly be expected to have taken it into account for whatever game plan, if any, he had.
— Mark Fitzgerald, Editor & Publisher, July 2008 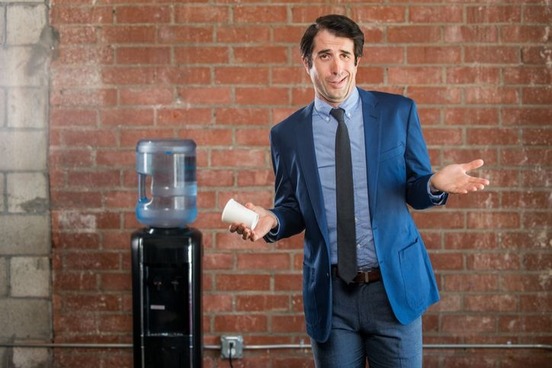 It’s easy to be a Monday-morning quarterback. This term for one who second-guesses the decisions of oneself or another echoes the fan who dissects a team’s strategy during a weekend game on the following school day or workday. This dismissive football idiom came into use in the early 1930s.

The answer to over-emphasis was to be found not on the field but in the stands where sit what Wood called “the Monday morning quarterbacks.”
— Democrat and Chronicle (Rochester, NY), 5 Dec. 1931

What I realized from talking to Jason is that if I had fallen a different way, I might not have been so badly injured. Now, it’s easy to be a Monday morning quarterback and think of all the things I coulda shoulda done. But still, if I’d known something about falling techniques or safe landing strategies, as Jason calls them, in those split seconds, I might have been able to exert a bit of control.
— Diane Atwood, Bangor Daily News, 10 Feb. 2018 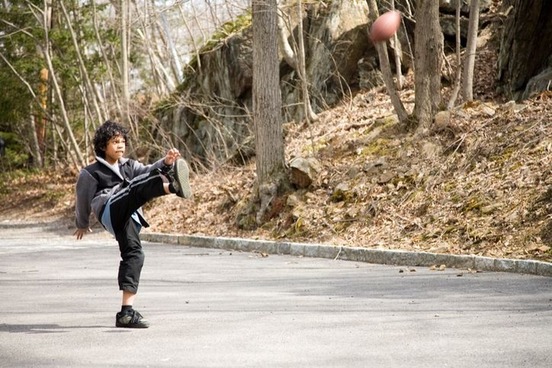 Punting in football means to kick the ball upward with the top of the foot after dropping it from the hands and before it hits the ground. The tactic is done in the hope of giving possession of the ball to the opposing team closer to its own goal line, because your own chance of advancing the ball any further is unlikely.

Since punting means giving up on attempting to score points for your own team, the verb has started to develop a secondary meaning of “to delay or avoid addressing an issue”:

The U.S. Supreme Court punted Monday on its biggest decision of its term so far. The justices had been expected to rule on the limits of partisan gerrymandering.

Instead, the court sidestepped the major issues on technical grounds, sending the issue back to the lower courts for further examination.
— Nina Totenberg, NPR.org, 18 June 2018 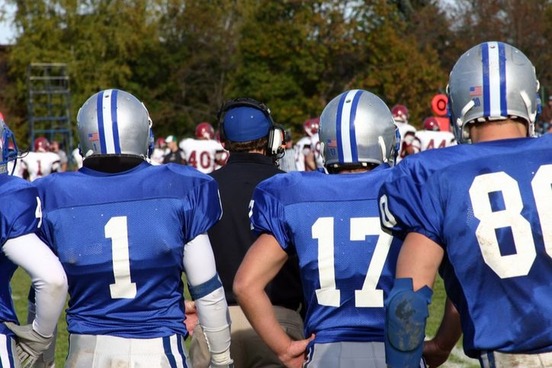 The sideline isn’t just where injured players sit. It’s the home base for the coaches, trainers, inactive players, and anyone employed by the team who doesn’t happen to be in the game at the moment. Football players have been getting sidelined for well over a hundred yers now.

As a verb, sideline means to place someone out of action. That can be the result of illness or injury, but can also be a consequence of another’s decision:

Together, all of these accounts paint a clear picture: Unable to execute his duties for reasons of temperament, ignorance, and mental decline, President Trump has been sidelined by his aides, who work to mitigate his behavior and keep him from steering the country into catastrophe.
— Jamelle Bouie, Slate, 5 Sept. 2018 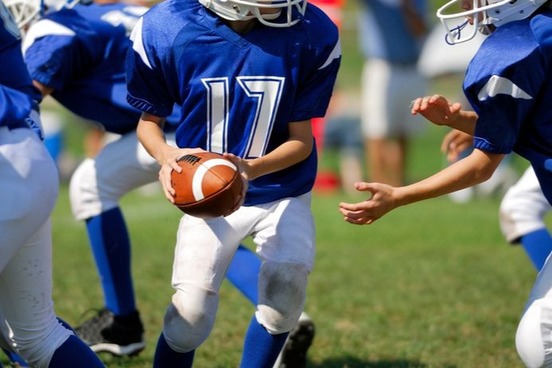 In football, an end around is a play in which an offensive end comes behind the line of scrimmage to take a handoff and attempts to carry the ball around the opposite flank.

Used in an extended sense, it refers to an alternate, usually indirect path to reach an objective that avoids the crux of a problem.

The Ohio Legislature declined to approve Medicaid expansion when it was introduced with the Affordable Care Act, so Kasich, who supports it, did an end-around and implemented it administratively through the state Controlling Board.
— David DeWitt, The Athens (Ohio) News, 9 July 2017 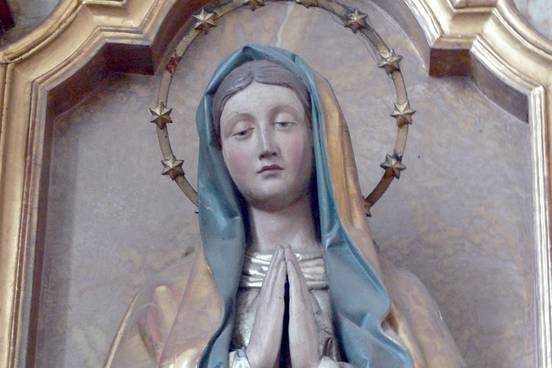 The most dramatic play in football, the Hail Mary is a long forward pass thrown by a quarterback in the last seconds of a game, usually with low odds that it will be caught. The term comes from the prayer for intercession that Roman Catholics deliver to the Virgin Mary. It became popular after the Cowboys’ Roger Staubach, himself a Roman Catholic, claimed to have said the words while throwing a winning touchdown in a game in 1975.

Now Hail Mary can describe any kind of long-shot attempt taken when other attempts have failed:

On Tuesday, David Taylor, the firm’s acting chief and general counsel, wrote that Theranos is formally dissolving, noting that the company has no choice but to shut down, due to the conditions of a last-minute loan it received from the Fortress Investment Group. The deal was a sort of Hail Mary, made in desperation after an October 2015 Wall Street Journal investigation revealed that the roughly decade-old blood-testing company, which was once celebrated for its supposedly revolutionary diagnostic technology, was more smoke and mirrors than legit science.
— Maya Kosoff, Vanity Fair, 5 Sept. 2018

Although Staubach's use helped popularize the idiom, football players had been referring to long-shot attempts in this prayerful way (as either Hail Mary pass or Hail Mary play) since the 1930s.

Or there’s the classic bowser about the Hail Mary play, the one about the coach who at a skull drill suddenly snaps at the fourth string quarterback, “What would YOU do under these circumstances?” not to mention the famous “why-don’t-you-show-him-your-scrapbook?” gag.
— The Boston Globe, 8 Oct. 1935

McFadden—a great actor in the huddle—is willing to call any play from a straight line buck to a “Hail Mary” pass with never a thought of the second-guessers.
— Tampa Bay Times (St. Petersburg, FL.), 31 Dec. 1940 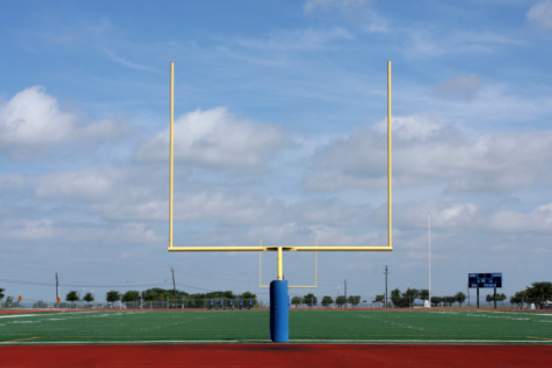 Moving (or shifting) the goalposts is when someone attempts “to change the rules or requirements in a way that makes success more difficult.” The phrase saw a considerable amount of use in the 1920s as various professional and collegiate associations debated where exactly the goalposts should be located. However, our earliest evidence of use comes from Scotland, and is very much employed in a figurative manner, without reference to actual physical posts.

But his personal view was that a change had taken place, and the Liberals, having been beaten, not only wanted to change the rule of the game, but wanted to shift the goal posts because they could not play any more. That was a rather feeble attempt.
— The Scotsman (Edinburgh, Sc.), 3 May 1924 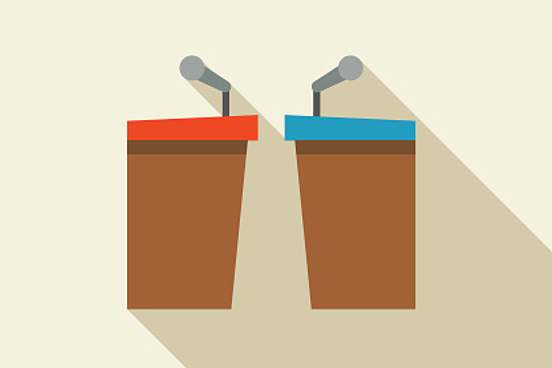 We define political football as “an issue that politicians argue about and try to use for their advantage.” Football has been in use to mean “any of several games played between two teams on a usually rectangular field having goalposts or goals at each end and whose object is to get the ball over a goal line, into a goal, or between goalposts by running, passing, or kicking” since the 15th century. The pairing of football with politicalcomes well before we began playing the game in any organized manner in the United States; our earliest citation for political football comes from the beginning of the 19th century.

The question is absolutely torn to tatters as to all scholastic disputation: it may, nevertheless, be kept up as a political foot-ball.
— The New annual register (London, Eng.), Jan. 1807