This one is not on the vegetarian menu.

All sizzle and no steak 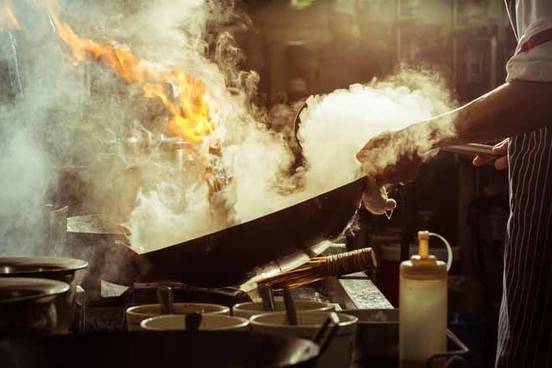 There are a variety of phrases that utilize steak and sizzle to compare the substance of something (or its lack of substance).

Here instead is a meat-and-potatoes guy from Girard, Ohio, who attended Youngstown State, worked for General Motors, the Department of Commerce and Merrill Lynch, and knows how to tell the steak from the sizzle.
— John Liscio, Barron’s, 19 May 1997

The boys in the kitchen think the waiters are just a bunch of fancy-pants mannequins, while the boys in the front room are sure that it's the sizzle, not the steak, that keeps the people coming in.
— Adam Gopnik, The New Yorker, 4 Sept. 2000

The sizzle, of course, is the sound the steak makes while cooking on the grill, and along with the aroma of a cooking steak might whet one’s appetite. So all sizzle and no steak has come to mean something that is enthusiastically promoted but then does not live up to its promise.

Dallas has been all sizzle and no steak when it comes to postseason success in recent years. The Cowboys are 32-16 since Prescott and Elliott burst on the scene as rookies. … The twist: while 11 teams - six in the NFC - have won playoff games since the start of the '16 season the Cowboys aren't among them.
— David Moore, The Dallas Morning News, 4 Jan. 2019 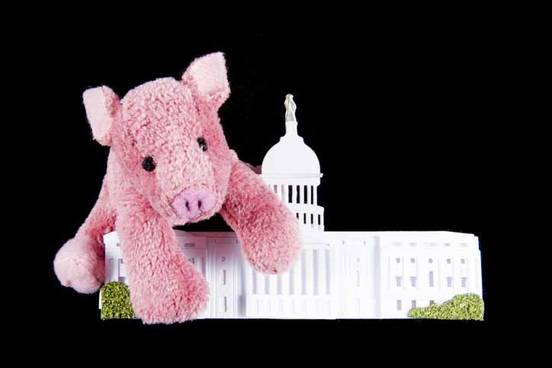 The political term pork barrel might bring to mind a barrel full of pork (such as in a 19th-century market), and that’s not far off. Given the necessity of pork to some farmers’ businesses, pork barrel became equated with one's livelihood, and also came to mean "a supply of money.”

In the South during Reconstruction, pork barrel became the popular term for federal funds used by politicians as patronage; as the scramble to rebuild led to rampant opportunities for graft, the term became attached to funding for special projects intended to benefit a politician’s constituency. Pork barrel carries a weight of disapproval, the term often used by critics of government spending:

What is your beef? 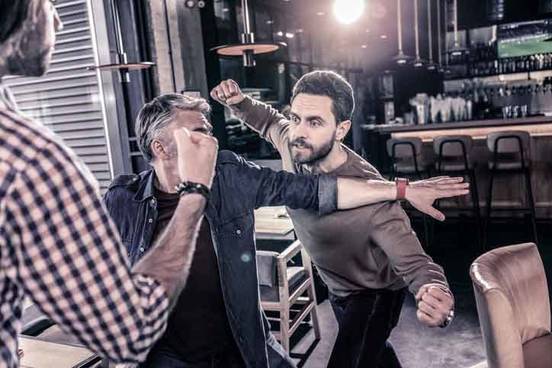 Coming from the flesh of muscular adult domestic bovines (such as the steer or cow), beef has long been used as a metaphor for strength, substance, or brawn. To beef up something means to add substance to it (like a resume) or to grow it in number (as a committee).

So how did it come to mean “complaint,” as in “The coach had a beef with the umpire?”

In the late 1800s, beef saw use as a verb meaning “complain.” In an early example from the New York World, a farmer says of what is presumedly a horse or similar animal, “He'll beef an' kick like a steer an' let on he won't never wear 'em.” Another theory ties an old phrase, hot beef, to “Stop, thief!,” used to make a fuss about wrongdoing or injustice. 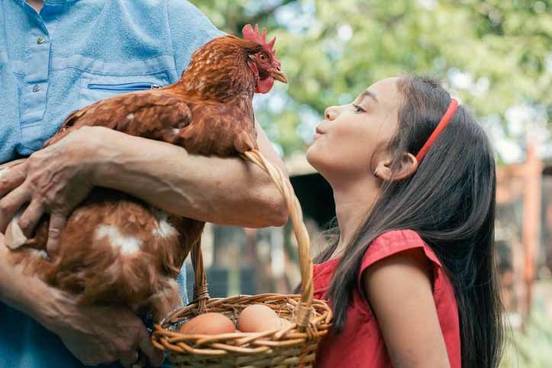 Which came first, the chicken or the egg? This proverbial question is often invoked as an illustration of the causality dilemma, which is prompted by the knowledge that a chicken hatches from an egg, which is laid by a chicken, giving no indication of which led to the creation of the other. (Recently, scientists have speculated that the first chicken likely hatched from the egg of a different fowl, as a consequence of variation or mutation.)

The question can now be heard as a metaphor for those instances in which two closely related factors seem to make it difficult to determine which one leads to the other:

Poupyrev pointed to developments in the smartphone industry as an example of how Google and its partners can make Jacquard products more accessible. "As technology improves and we have economies of scale, the price goes down," he said. It's a sort of chicken-and-egg problem as demand for Jacquard products need to increase so that companies have the incentive to make prices lower.
— Cherlynn Low, Engadget, 30 Sept. 2019 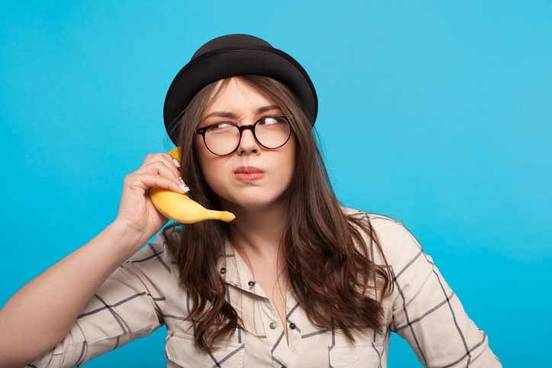 First there was the epic cast selfie that Alfie Allen posted on his Instagram account, showing the glammed-up cast hamming it up for the camera with smiles, waves, teasing tongues and pretty pouts.
— Leena Tailor, ET Online, 22 Sept. 2019

Ham in this case is short for hamfatter, which once referred to an actor of poor repute. But the connection to the meat known as ham still applies, because hamfatter derives from the name of a 19th-century minstrel song, “The Ham-fat Man.”

"I'm afraid I will be unable to take the part, Bill," Boland replied seriously. "You see, they pay me about five hundred dollars a night for acting, and I couldn't work for less. You didn't know that, of course, so I think you'd better engage a hamfatter after all."
— Peter B. Kyne, The Railway Conductor, December 1922 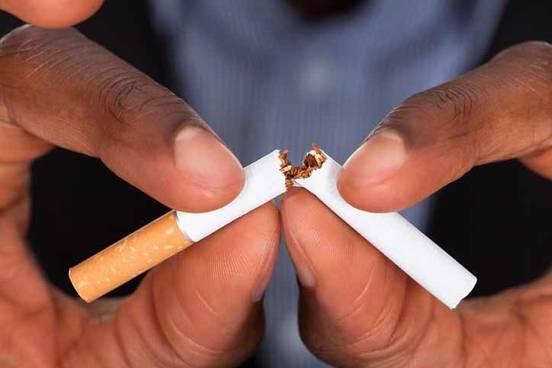 We hear cold turkey used when someone gives up a usually addictive habit (such as smoking) abruptly, without any period of transition. It’s often used as an adverb:

Don’t quit social media or your phone cold turkey. Just quit one platform. If you’re like me with Twitter, you’ll be surprised how your stress level drops.
— Glenn Harlan Reynolds, USA Today, 1 Oct. 2019

A number of theories have been attempted to identify the origin of this peculiar phrase. Some have attributed it to the cold, clammy feeling of the skin that occurs as a symptom of withdrawal.

However, this theory ignores the fact that cold turkey had another meaning before the “quitting a habit” sense; one meaning “outright,” as in “don’t dance around the truth, tell me cold turkey.” It may be that the original cold turkey was a combination of cold ("straightforward, matter-of-fact") and the earlier phrase talk turkey, meaning “to speaking plainly.”

How the sausage is made 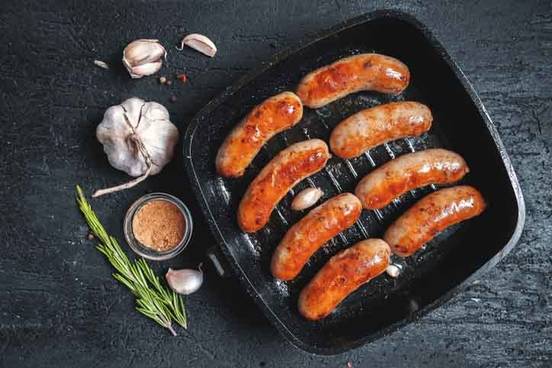 Not yet entered in the dictionary, the colorful idiom how the sausage is made describes the intricacies of a process that may be concealed even as the result of that process is known. It usually suggests that those details may reveal information that others do not want revealed, as it might change one's impression of the final product.

You would think that being on set, and seeing how the sausage is made, would take the magic away for Mr. McClay. But it does the opposite. He’s in awe of how this show really created a fantasy world.
— Adam Epstein, Quartz, 28 May 2019

Sausage fits the idiom as a tasty and popular breakfast food consisting of seasoned minced meat stuffed into a prepared casing. While it might go great with eggs or in gravy, it looks less appetizing as it is being prepared, perhaps due to the fact that animal intestines are often used to make the casings. 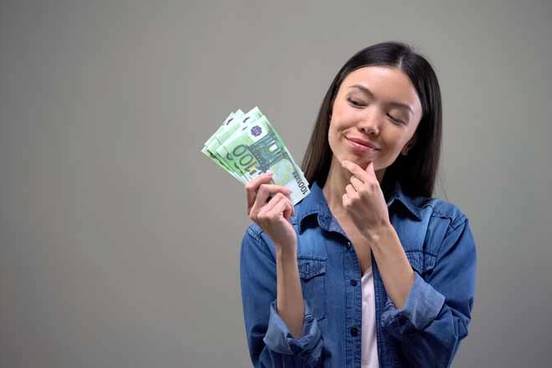 To bring home the bacon means to earn the money on which one lives by doing work. The phrase might suggest that bacon is simply a staple brought home with the money one earns, but in earlier times, the phrase was used simply to mean “to be successful in an endeavor.”

Arthur felt that, if he could only have a clear field, all would be over except the sending out of the wedding invitations; and Ralph was of the opinion that, if he could just call on the girl one evening without finding the place all littered up with Arthur, his natural charms would swiftly bring home the bacon.
— P. G. Wodehouse, The Clicking of Cuthbert](http://www.gutenberg.org/files/7028/7028-h/7028-h.htm), 1922

Some like to attribute bring home the bacon to the tradition of awarding a greased pig as a prize in the greased-pig contest, along with a more curious custom originating in Essex, England. According to the custom, that if a man knelt on two sharp stones in front of the church door in the village of Dunmow and could swear that for a year and a day he had had no household brawls and had not once wished himself unmarried, he was awarded a side of bacon. Neither of these explanations are likely to be true, however. 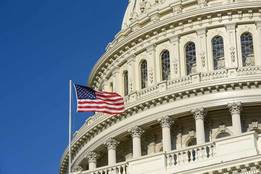 Up Next
Ways to Get Impeached: 10 Words for an Impeachment
More Words At Play
Biden: Vaccine 'Mandates'