GAMES BROWSE THESAURUS WORD OF THE DAY WORDS AT PLAY SETTINGS
Word of the Day : December 20, 2019

: fear and hatred of strangers or foreigners or of anything that is strange or foreign

If you look back to the ancient Greek terms that underlie the word xenophobia, you'll discover that xenophobic individuals are literally "stranger fearing." Xenophobia, that elegant-sounding name for an aversion to persons unfamiliar, ultimately derives from two Greek terms: xenos, which can be translated as either "stranger" or "guest," and phobos, which means either "fear" or "flight." Phobos is the ultimate source of all English -phobia terms, but many of those were actually coined in English or New Latin using the combining form -phobia. Xenophobia itself came to us by way of New Latin and first appeared in print in English in the late 19th century.

"George Kennan, who served at the U.S. Embassy in Moscow…, wrote in 1947 that Soviet hostility toward the West was based upon more than Marxist ideology or traditional Russian xenophobia." — Philip Gold, Insight, 29 Dec. 1986

"Although the Great Depression prompted an exodus of foreign workers—spurred in part by a wave of popular xenophobia—the presence of foreigners in France was sustained by the arrival of refugees from the Spanish Civil War." — Peter Gatrell, The Unsettling of Europe, 2019

What is the meaning of agoraphobia? 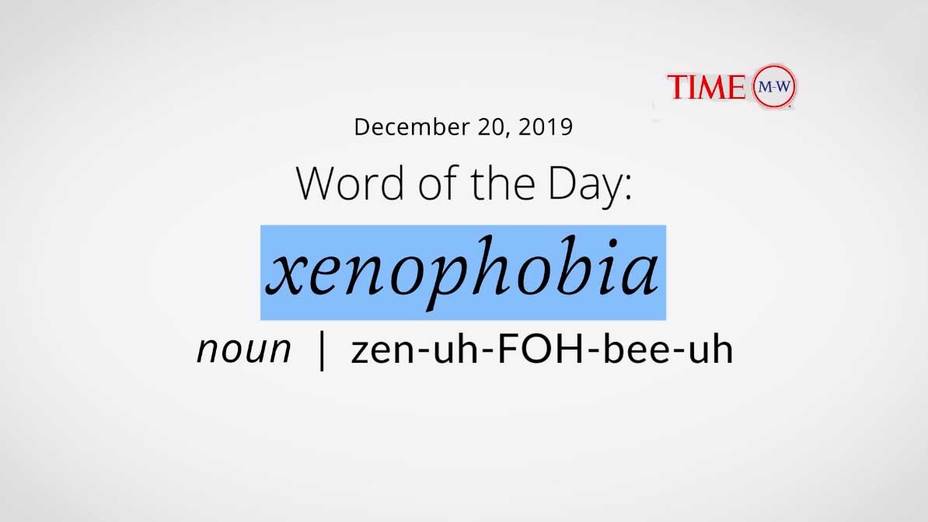 noun - fear of anything strange or foreign