Whinge isn't a simple spelling variant of whine. Whinge and whine are actually entirely different words with separate histories. Whine traces to an Old English verb, hwinan, which means "to make a humming or whirring sound." When hwinan became whinen in Middle English, it meant "to wail distressfully"; whine didn't acquire its "complain" sense until the 16th century. Whinge, on the other hand, comes from a different Old English verb, hwinsian, which means "to wail or moan discontentedly." Whinge retains that original sense today, though nowadays it puts less emphasis on the sound of the complaining and more on the discontentment behind the complaint.

"I was angry, I went home to my wife and I complained. I was whinging an Olympic level of whinging to Deb, my wife, and moaning about this person and that person." — Hugh Jackman, quoted in MailOnline, 4 June 2019

"For those who whinged that the Freddie Mercury biopic 'Bohemian Rhapsody' played fast and loose with the facts and the timeline—and I was one—it must be said that director Dexter Fletcher's Elton John movie 'Rocketman' takes even more liberties with truth." — Jim Sullivan, WBUR.org, 31 May 2019

What 7-letter synonym of whinge also begins with "wh-" and means "to complain or protest"? 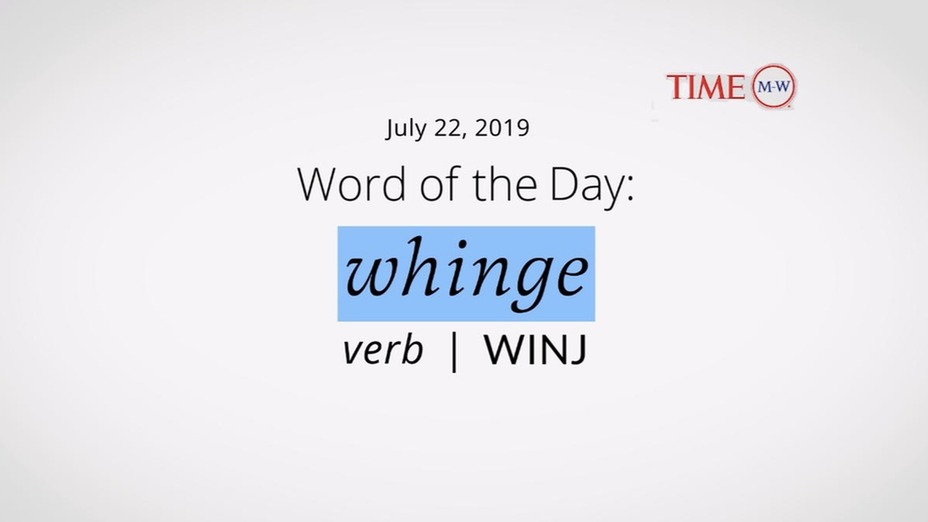