1 : to resort to trickery or devious methods

2 : to adjust or manipulate for personal or fraudulent ends

3 : to make or get by devious means : finagle

"Wangle," a verb of uncertain origin, has been used in its sense "to obtain by sly methods" since the late 19th century. Occasionally, one sees "wrangle" used similarly, as in "wrangle a huge salary," but more typically it means "to argue or engage in controversy." Did the "obtain" sense of "wrangle" evolve through confusion with "wangle"? Not exactly. "Wrangle" was used with the meaning "to obtain by arguing or bargaining" as early as 1624, long before "wangle" appeared in the language. The sense had all but disappeared until recent decades, however, and its revival may very well have been influenced by "wangle." The "obtain" sense of "wangle" is currently more common than that of "wrangle," but both are considered standard.

Somehow, Irene managed to wangle front-row tickets and backstage passes for the concert.

"He quits his job, wangling a huge pay-off by blackmailing his boss, and buys a ridiculous red sports car." - From a film review by Marc Lee at telegraph.co.uk, November 21, 2013

What word completes this sentence from a former Word of the Day piece: "If I had the __________, I’d buy that empty lot next door and put in a garden"? The answer is … 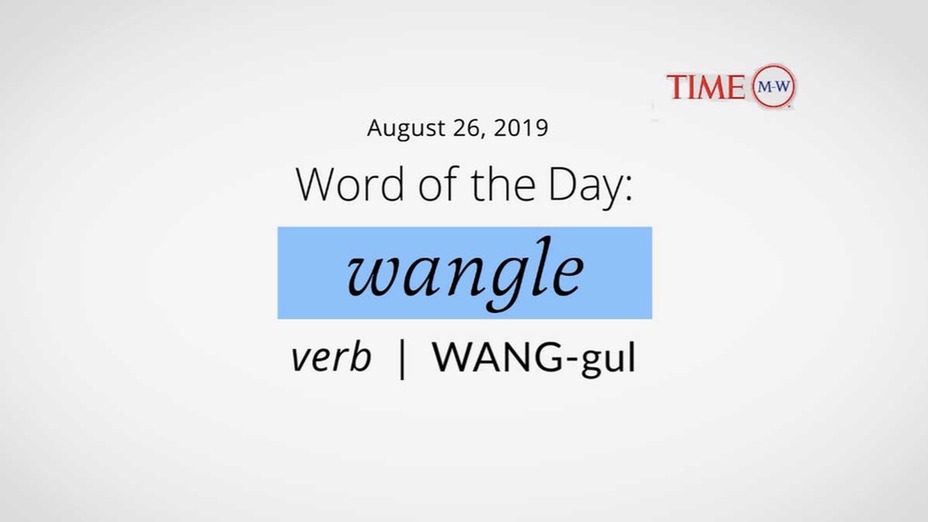 verb - to make or get by devious means